Drinking is falling out of vogue

Americans have been drinking alcohol less since the beginning of the pandemic. A survey in May found both a simultaneous rise and fall in drinking among U.S. adults, with slightly more people consuming less alcohol, 23%, compared with 17% drinking more. 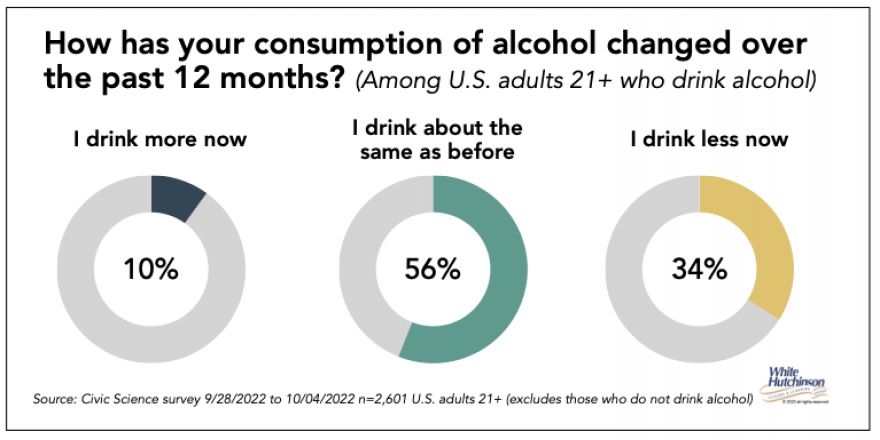 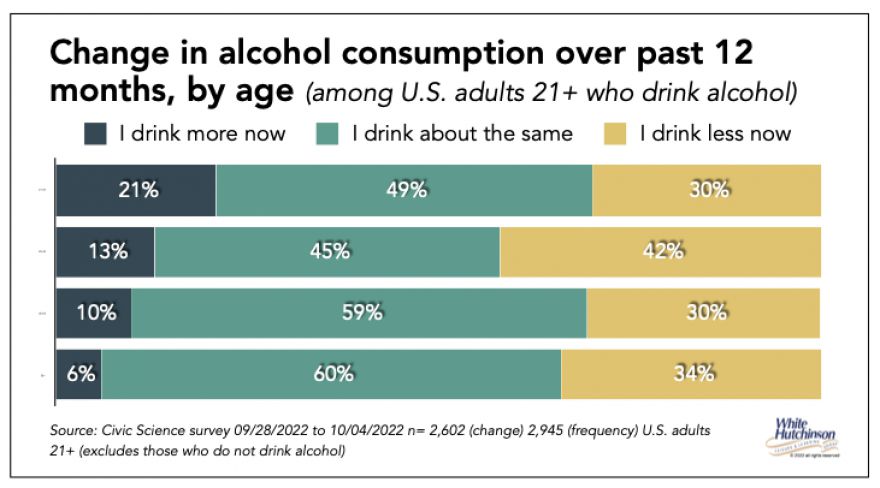 Compared to two years ago, a greater percentage of people today report they are curious about living a sober lifestyle that completely removes alcohol. The 'sober-curious' have grown from 12% in 2020 to 19% today. 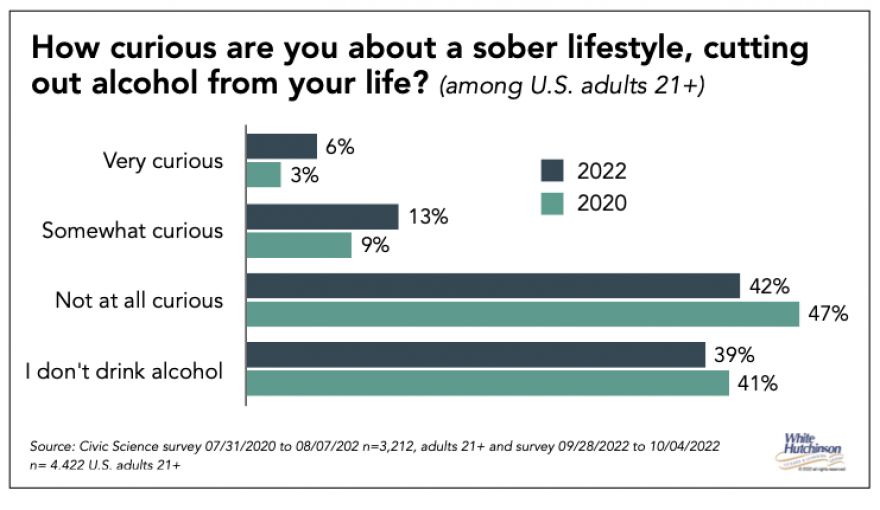 The greatest interest in living a fully sober lifestyle is found among Gen Z adults (21-24), followed by young Millennials (25-34). Adults aged 55 and older are the least sober-curious but also the most likely to say they already abstain from alcohol altogether. 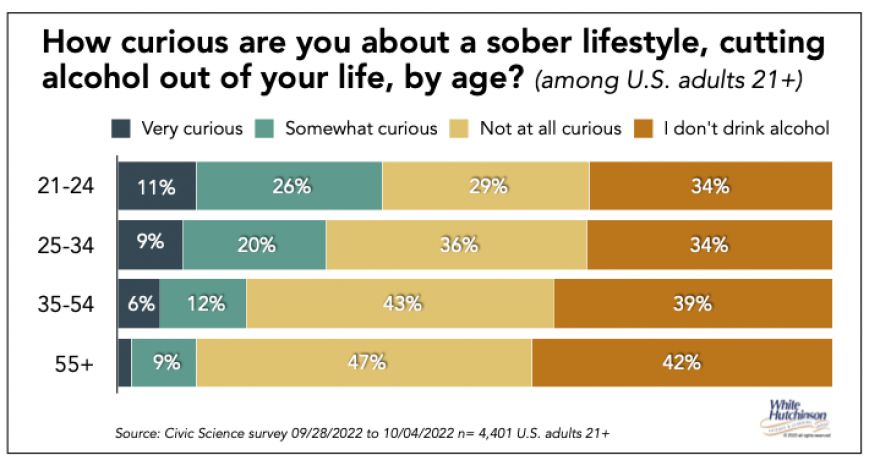 Interest in going alcohol-free appears to be driven largely by a desire to lead a healthy lifestyle. Sober-curious individuals are much more likely to value living a healthy lifestyle, and nearly one-third of the 'very curious' are passionate about it. 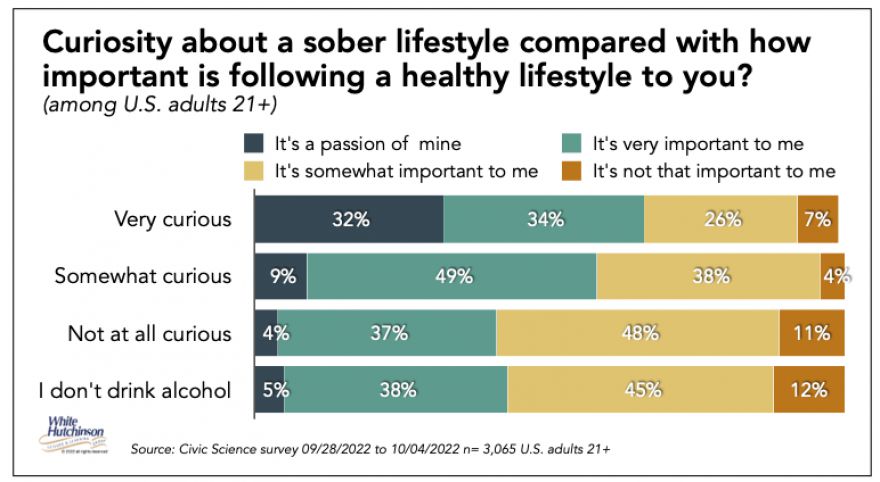