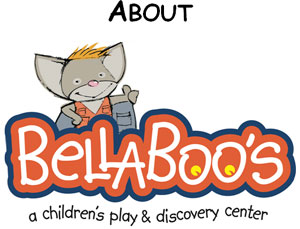 In 2003, the Lake County (Indiana) Parks & Recreation Department decided to expand their offerings to residents in the northern part of the county in the vicinity of Lake Station and Gary, Indiana. At the time the Department’s children’s programs had a primary focus on middle age and older children, so the decision was made to develop something that would focus on children age 8 and younger to round out the Department’s programs for county families. Also, the Department wanted the facility to generate a profit to help fund its other programs (they already operated the Deep River Waterpark, which was contributing significant funding for their park programs). The underutilized Three Rivers Park was selected for the project.

White Hutchinson was hired to conduct a market feasibility study to determine if a children’s entertainment center would be feasible and to recommend the type of center. The market study found that a children’s edutainment (play & discovery center) would be feasible, so White Hutchinson then prepared a preliminary plan, cost estimate and financial projections for the project.

As a result of the feasibility study’s findings and recommendations, Lake County Parks obtained state authorization in 2005 to issue $5 million in bonds to finance the project. White Hutchinson was then hired to design the entire center, including architectural, interior, mechanical and kitchen design; to develop the center’s brand, including its name and logo; and to specify all furniture and equipment, as well as serve as consultants for the project’s start-up management.

When the construction bids were received in 2007, they were much higher than the originally estimated cost, basically due to construction cost increases since the feasibility study in late 2003. By changing from a general contractor to construction management and by doing some of the work with in-house staff, Lake County Parks was able to reduce costs enough to proceed. The center was finally completed in late 2008. However, by then the recession had hit and there wasn’t adequate money in the Department’s budget to fund the center staff. Additionally, the major Interstate road interchange adjoining the site was under construction and the main access bridge to the center was being rebuilt. The funding problems were finally resolved, the bridge was completed and the center is scheduled to open September 15, 2009.

The 22,600-square-foot center incorporates many green building features, including a design with full daylighting. Natural light throughout the facility means that during the daytime no electric lights will be required with the exception of a few closets and parts of the kitchen and restrooms. This will result in a significant energy savings, or as is also termed today, a lower carbon footprint.

The center's theme is based on earth stewardship and creative arts. Possible alliances with area arts organizations are being explored to bring artists into the facility on a regular basis to work with children. The Center includes a visiting artist studio adjoining the children’s art studio. The mascot for the center is an endangered Indiana Bat named BellaBoo, which is also the center’s name. The storyline also includes two additional endangered species in Indiana, a Franklin Ground Squirrel and a Blanding’s Turtle. Finding a unique trademarkable name that fits the brand of a children's play and discovery center was no easy task.