Walt Disney has dabbled in the LBE sector in the past with its short-lived Club Disney, DisneyQuest, and ESPN Zone properties. Now they're giving it another try with Pixar Putt, a pop-up outdoor Disney-themed mini-golf course that has opened in Chicago at Navy Pier and will operate until August. The theming of the mini-golf holes is based on Toy Story, Wall-E, Monsters Inc., The Incredibles, Finding Nemo, Coco, A Bug's Life, and Inside Out. The course hosts Pixar Putt After Dark sessions for golfers 18 and older from 7-10 pm on Thursday, Friday, and Saturday nights,

Earlier this year, it was in Houston and then San Antonio. Following Chicago, Pixar Putt will make its way to Battery Park in New York City, where it will run from August 1st through October 31 st. 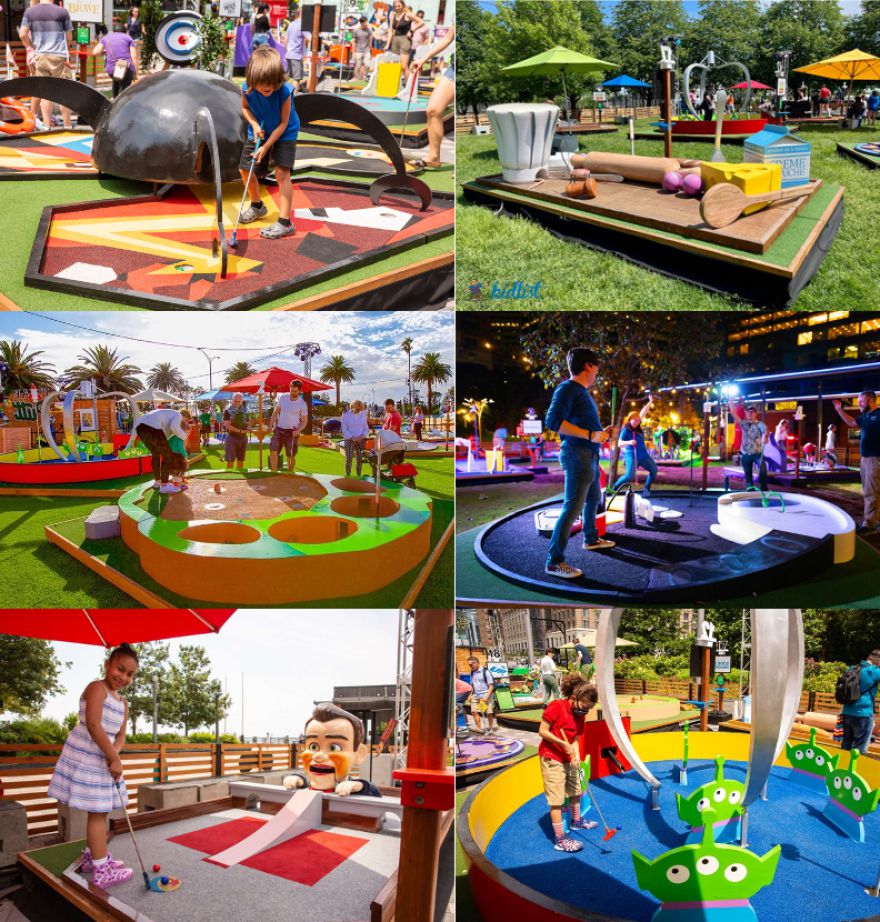 Prices in Chicago are $32.50 for ages 12+, $27.50 for children under 12, and a family pack for 2 adults and 2 children for $99 ($24.75/person). Based on the elementary level of theming, those prices seem very high. Maybe that's why it's a pop-up. There may not be that many people in any city willing to pay those prices to play miniature golf, even if it has some Disney-theming.