The end of staycations 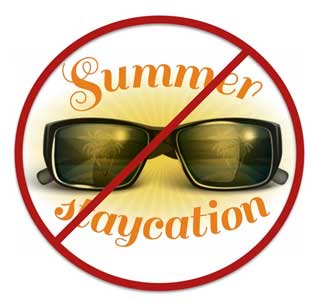 Past Leisure eNewsletters have featured a number of articles documenting the staycation trend - rather than taking a vacation trip and spending on entertainment there, people have been taking their vacations at home. Spending data for 2015 indicates that finally eight years after the beginning of the Great Recession, the staycation trend has come to an end and people are increasing their participation and spending on entertainment and admission to sporting events on trips away from home and while on vacation. 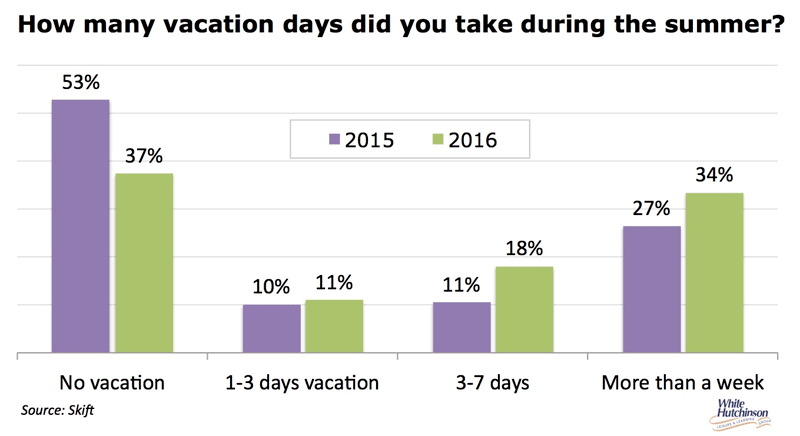 The increased spending is in line with a 4.5% increase in average household total spending in 2015 compared to 2014. Every age group saw in increase in 2015.

This is all good news for any entertainment and sporting event venues that depend on vacationers and day-trippers for their business.

The news is worse for community sporting events. Average household spending decreased by 2% and participation was down by 8%. 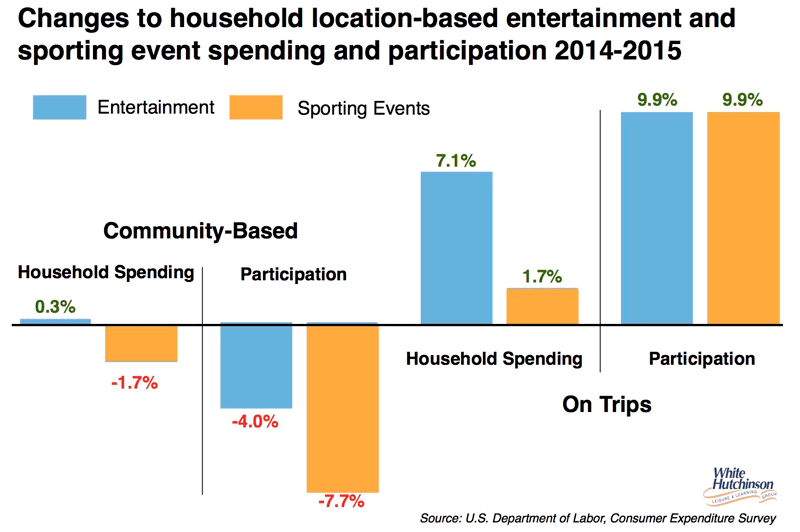 We plan to have a more in-depth analysis of these trends in a future issue.