On June 29, CEC Entertainment, Inc., opened the 500th Chuck E. Cheese's eatertainment facility in Glendale, Arizona. The company has come a long way in the 28 years since it opened the first facility in San Jose, California, in May of 1977.

Even a company with 28 years of experience can't come up a winner in everything. Chuck E. Cheese's summer promotion this year proved to be a real dud. The promotion, Super Chuck Summer, pitched a kid-sized pizza and 8 tokens for $4.99. The campaign was launched in June and was supposed to run through Labor Day. However, it proved so horrendous that the company pulled the plug in July and went back to its more traditional television commercials that emphasized the fun and games available at Chuck E. Cheese's. Company president Mike Magusiak said, "In essence, we view this promotion as a failure." Less than 1% of the company's total sales resulted from the kid-meal promotion. As a result of the fizzled campaign, same store sales went down in June, compared to a year earlier when the company launched all arcade games for a single token.

Rick Munarriz of The Motley Fool hit the nail on the head when he said, "I believe the campaign was a colossal dud because the chain was sending an economical message to young kids who can't grasp the financial concept. The moment they arrive at this electronic playground, kids expect the parents to provide an infinite stream of tokens and grub. For the most part, they couldn't care less how the legal tender covers the experience."

This is a good marketing lesson: understand whom you are targeting with your marketing message. Chuck E. Cheese's aimed an adult value equation at kids, who didn't get it and couldn't have cared less, as it wasn't their wallets feeding the token dispenser or buying the food.

Chuck E. Cheese's facilities aren't found only in the Americas. In fact, what is probably the largest CEC is a free-standing two-story store in Jeddah, Saudi Arabia, that opened Dec. 12, 2001. We estimate its size to be about 45,000 square feet. The store has the same décor and look (trade dress) as other CECs, but also includes ice skating (heck, as hot as it is in Jeddah in the summer, that has great appeal), rides and bowling. There are over 200 games with 370 player positions. 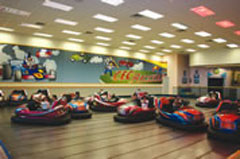 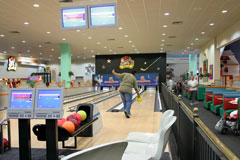 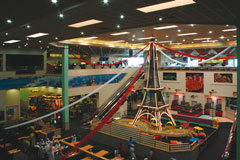 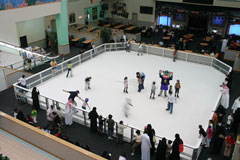 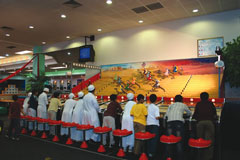 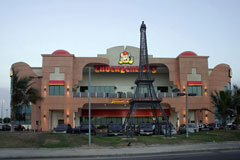 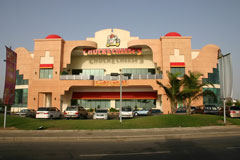 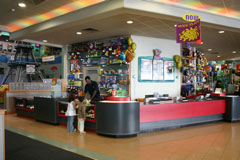