To better serve our Middle East clients and to help grow our work there, we have opened a Middle East office in Doha, Qatar. Engineer Saeed Alkuwari will serve as Director of the office and assist us with all our Middle East projects, including ones in the GCC countries in the Arabian Gulf.

In the late 1990s and early 2000, we had a number of projects in the Middle East, including the acclaimed LouLou Al Dugong's children's edutainment center in Dubai, U.A.E., and work in Abu Dhabi; Al Ain; Doha, Qatar and Sana'a, Yemen. Our work there stopped after 9/11, but has recently started again with projects in a number of the GCC countries, due to the efforts of Mr. Alkuwari. 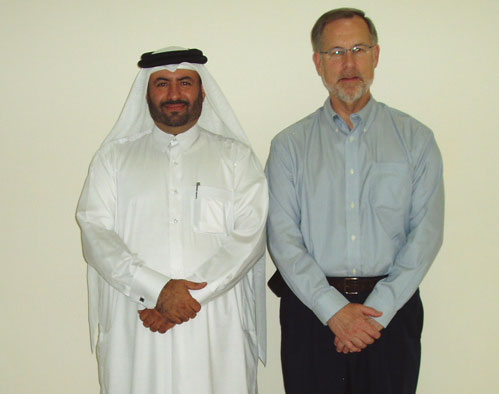 We have always enjoyed our work in the Middle East, and especially the GCC countries, even with the summer heat -- experience as high as 125º F (52º Celsius) and you understand what hot is. Despite the poor image of the Arabian Gulf countries that is portrayed in much of the American press, we have found the people there to be some of the most hospitable and friendly people on the earth. And crime is almost non-existent, especially serious crime.

Mr. Alkuwari has a strong background in working on children and family projects. He is the owner of Alam'Shab Trade & Contracting, a company specializing in children's playground equipment and installation and children's school and library equipment. We have know Mr. Alkuwari for more than eight years and are pleased that he has joined us in assisting our clients with the development of state-of-the-art family and children's leisure projects.