There was a 4% uptick in per capita North American movie theater attendance in 2015. However, the increase is not large enough to declare a reversal of the long-term per capita movie attendance decline of almost one-quarter since a high of almost five times (4.9) a year back in 2002. 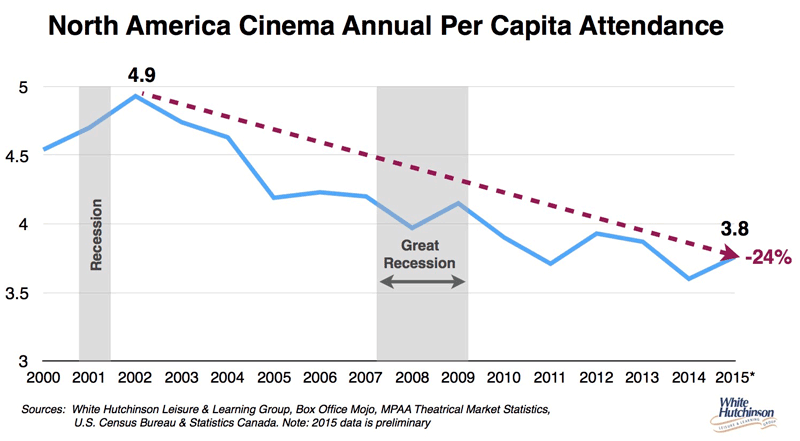 We've been writing about how out-of-home entertainment today has to be what we call High Fidelity in order to win against the Convenience of at-home entertainment options in what is know as the Fidelity Tradeoff. The cinema industry has been fighting that battle for years as the quality and convenience of viewing movies in the home has been increasing with instant streaming and large, high resolution and surround sound TV systems.

Interestingly, when we dug deeper into the 2015 movie attendance data we discovered that less than 3% of all the movies shown in cinemas during 2015, just 20 movies, accounted for over half (51%) of all moviegoing attendance and revenues. For the most part they where the High Fidelity movies that not only had popular appeal, but were also shown in 3D and/or IMAX. Five were available in both 3D and IMAX, 6 in IMAX and 6 in 3D. Here's the list: 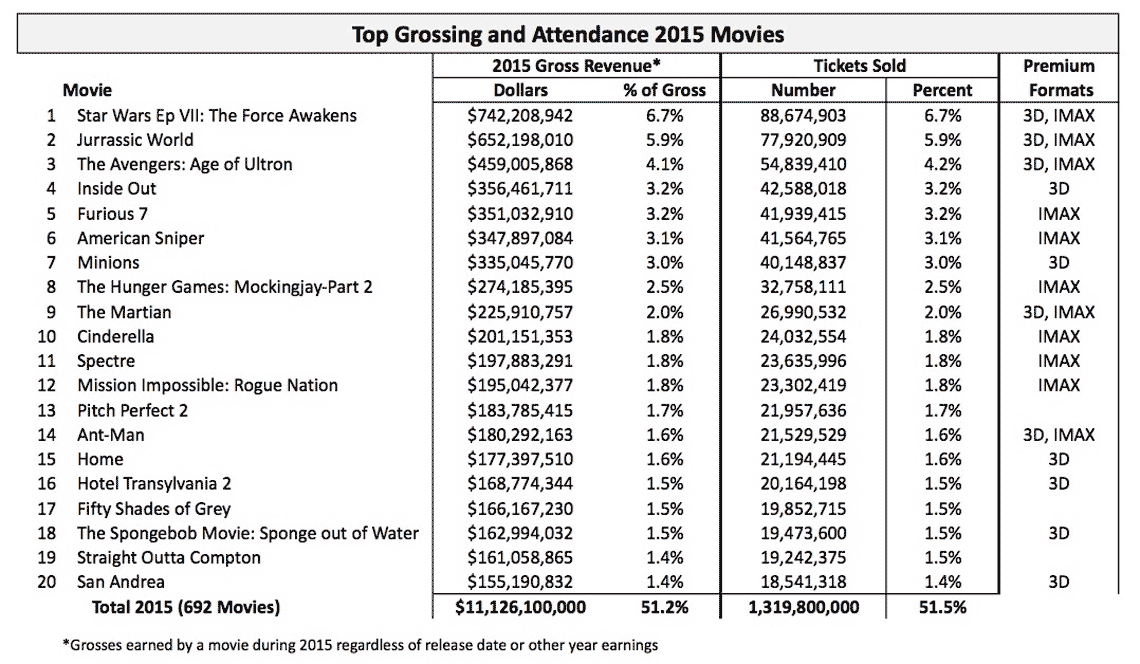 We believe this is a great example for how only High Fidelity out-of-home entertainment wins in today's highly competitive landscape. Think about it again. Less than 3% of all the movies shown in cinemas garnered over half of all the moviegoing business. This just goes to show there is no longer room for mediocrity in out-of-home entertainment. Today to win, it has to be High Fidelity.

This is a great analogy for FEC and location-based entertainment venues. They also need to become High Fidelity to survive and prosper in the coming years. Yesterday's formulas will no longer work in the future as at-home options will continue to increase in Convenience and appeal (see this issue's article on VR-tainment).

Additional reading about the Fidelity Tradeoff: