Last month's issue featured an article Time is the new luxury - a new competitive strategy that discussed the increasingly high value higher socioeconomic Americans place on their limited leisure time, the strategizes they are using to optimize their leisure time and strategies location-based entertainment venues can use to help customers in those efforts and gain competitive advantage.

Now along comes a new research paper from the National Bureau of Economic Research that shows just how powerful the influence of limited leisure time is to the behavior of college-educated, higher income, age 25-55 Americans, as it influences where they chose to live.

In the period following World War II, the outward migration of people and new housing to the suburbs dominated U.S. growth. But as the century drew to a close, urban gentrification, a broad-based renewal of the central city as the place to work, live, and play, emerged as a significant trend. During this time period the amount of leisure time enjoyed by college-educated adults decreased. So, whereas living in the suburbs made sense when husbands worked and wives were at home, it made less sense for a workforce dominated by full-time workers included dual-income couples. So college-educated adults started choosing to live in the central city instead.

The driving force to this the gentrification, according to the paper's analysis, was a growing corps of leisure-starved, high-income households whose members sought to locate close to work to minimize their commuting time and thus maximize their available leisure time.

The paper's analysis found that whereas in 1980 suburban housing prices were higher than home prices in the center city, by 2010 center city home prices had far surpassed suburban prices due to increasing demand by these high-income workers who could afford higher home prices and rents. 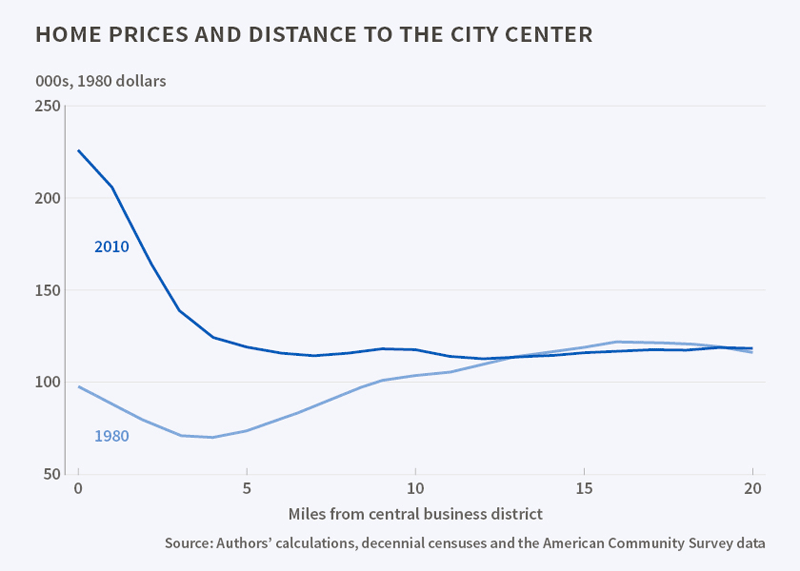 The researchers stated, “Thus, our paper adds urban renewal to the list of time-saving machinations of modern life.”

If the desire to maximize leisure time is so powerful as to influence where people choose to live, even if the housing is more expensive, just imagine how any time saving and optimization offerings can increase the appeal of a located-based leisure venue. When people spend their leisure time, they want to do it as efficiently as possible and not waste any that can be spent on another leisure time opportunity - so many options and so little time to enjoy them.

Additional reading:
Check out our CEO's recent blog about the decline in the percentage of people with a drivers license, especially among young adults, that is probably due to these new central city residents locating where they can walk or bike to work, shopping, restaurants and entertainment venues and opting to no longer drive.