The children's entertainment market; the future ain't what it used to be

Likewise, mothers' ages for later births have also been on the increase. 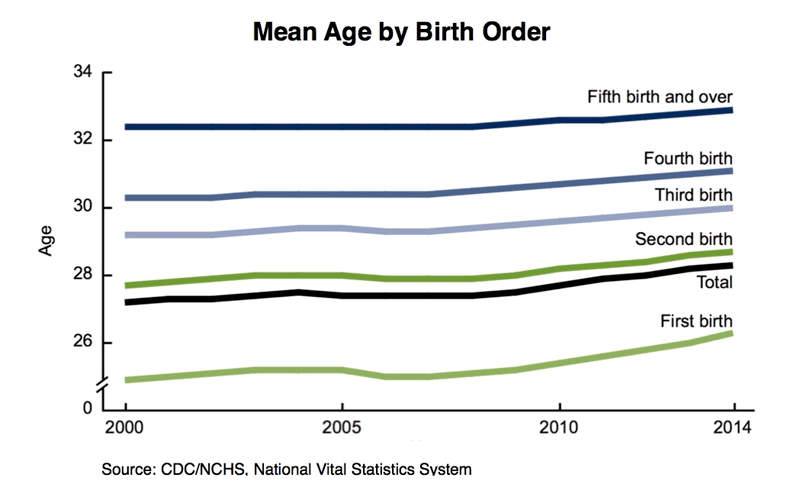 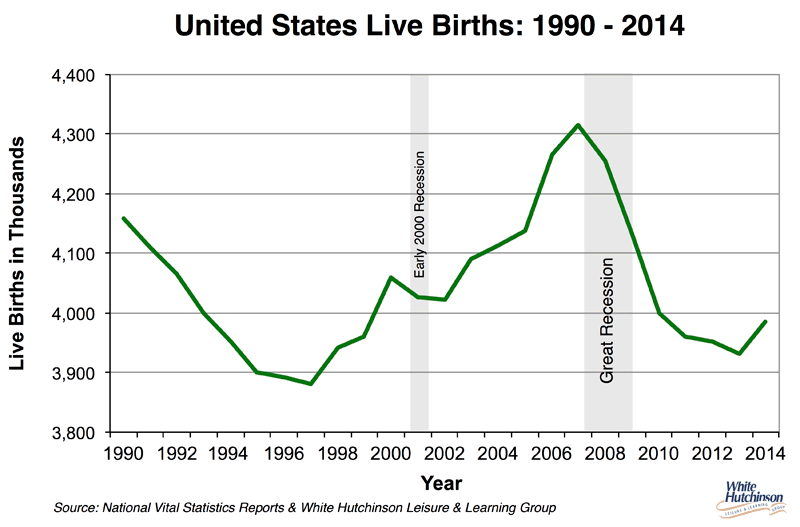 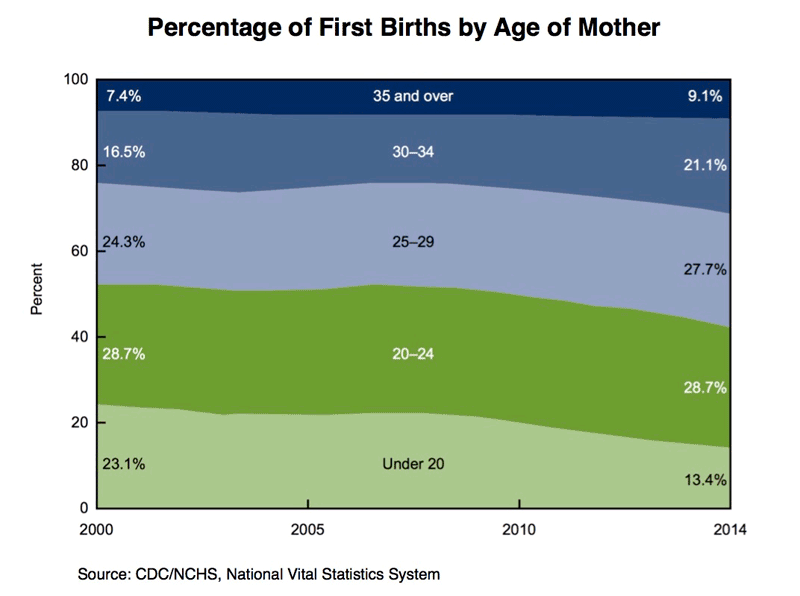 Another contributing factor to the decline in births is the Great Recession's impact on a declining number of women getting married. Research by Princeton University's Woodrow Wilson School of Public and International Affairs estimates that in the future an additional 151,00 women will remain single and childless, leading to a long-term loss of 426,000 births. The research suggests that the cause is that men who entered the work force during the Great Recession are likely to have persistently lower earnings as they age, and thus be less attractive mates for women, resulting in more women who don't marry and remain childless. PEW Research confirms this prediction. Their research found that the number one and most important quality that three-quarters (78%) of never-married women say they want in a partner is a husband with a secure job. “When today's young adults reach their mid-40s to mid-50s, a record high share (roughly 25%) is likely to have never been married.” 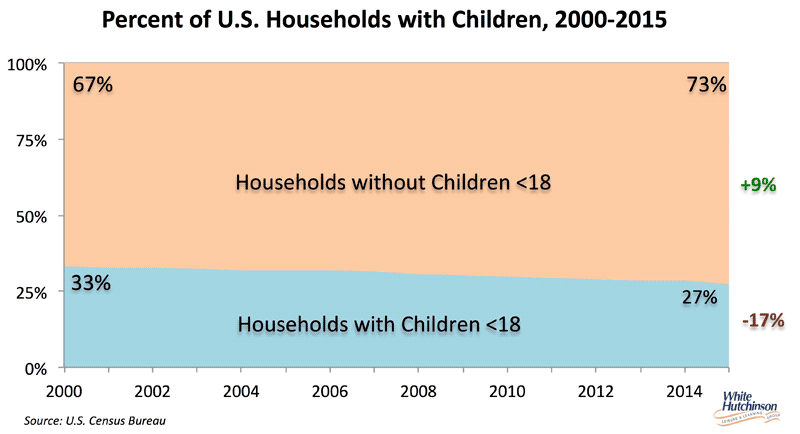 So what does this mean to the future of location-based children's entertainment, edutainment and enrichment projects as well as family entertainment centers? The bad news, of course, is that the number of children reaching their early ages and the number of households with children will be on the decline for a number of years and at best case, probably remain flat after that. This means children and households with children will become a decreasing percentage of an overall growing population. So, if we are looking at the American market as a whole, it's a flat market for children destinations at best.

There is some positive news with these trends. Mothers' later ages of childbirth means that many families will have attained a higher income level when they have children, as incomes generally rise with age, giving them more discretionary incomes to spend on entertainment and dining.

There is also a trend that the number of highly educated women is on the increase and along with that, their rate of childlessness is on the decline. Pew Research found that in 2014, 78% of women ages 40 to 44 with a master's degree or higher had children - up from 70% in 1994. The increase is particularly dramatic among women with an M.D. or Ph.D. - 65% had children in 1994, while the share had grown to 80% in 2014.

The above, of course is a macro view of the country as a whole. Although the population's percentage of young children and households with children are on the decline, there are still select areas of the country with an adequate density of younger, higher socioeconomic families with children that can support a children's or family entertainment center. However, today, even in those areas, it takes a larger market density of the target market than just a few years ago due to the growing market share that digital entertainment is taking of both consumers' leisure time and discretionary incomes, as well as increasing competition from a growing variety of leisure venues targeting those markets.

Simple demographic analysis of market areas is no longer sufficient for making market feasibility decisions for the children's or family market. It requires a far more refined analysis of the population using both very detailed demographic as well as socioeconomic-lifestyle analysis to determine the number of higher socioeconomic families with children of different ages, as well as whether it will be a growing or declining market. Just looking at the number of children and mean and median household incomes will not give the needed information to make an informed analysis.

On the flip side, later marriage and births and an increasing percentage of childless households is good news for entertainment venues and restaurants that target adults. For the young adult market, there is a growing number of childless singles and couples. No children means more freedom to go out and have a good time and more money available to spend (children are expensive to raise!).