How much Americans love pizza

Americans have this tradition of taking things from overseas and then significantly transforming them into something that defines America. Football, pop music and even democracy itself are examples. And then there is that all-American institution, pizza.

Although America didn't open the first pizza shops until the early 20th century, hundreds of years after the creation of the first Neapolitan pies in Italy, America now accounts for one-third of the total global market, spending $37 billion a year on pizzas. 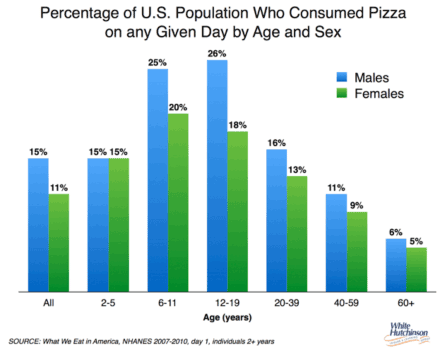 Here's some more pizza trivia complements of the Department of Agriculture:

Now, in just the past couple of years, a whole new breed of pizza restaurant has emerged that is changing the expectations for pizza, both in quality, customization and time to serve. Pizza has become a rapidly expanding segment of the fast casual restaurant segment. 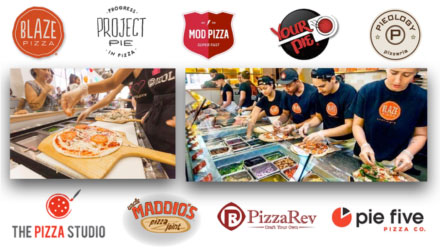 The above shows the nine largest and fastest growing players in this new segment.

These chains are serving custom pizzas much the way Chipotle serves its Mexican inspired foods. Customers go along the counter, telling the staff exactly how they want their pizzas customized, including dough options, while they watch it being freshly assembled from fresh ingredients and baked. And the entire process, including the baking, only takes around 5 minutes at many of the chains. The pizzas are offered at a very attractive price point in the high $6 to $7 range.

So even an old American tradition like pizza continues to evolve.