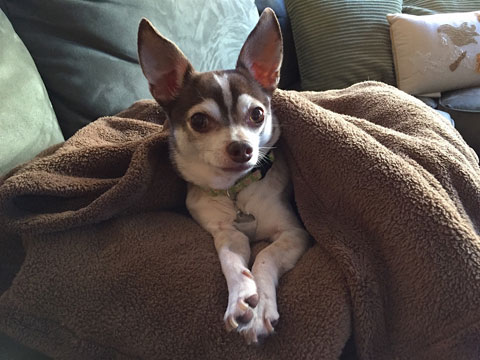 My, how time flies. Here we are already in 2017 and in the heart of the cold winter in the Western hemisphere.

Sophia, our Chihuahua, says the winter isn't for her. She says she belongs in a desert climate. So she's decided to stay warm like this until spring comes.

We have a lot of projects underway, and fortunately, some take me to warmer places. I recently returned from Orlando, Florida where I was at the corporate headquarters for the Cancun resort where we are working on feasibility and design for a new indoor entertainment center. Then at the end of February I'll be traveling to Dominica in the Caribbean where we are in the early stages of feasibility and concept development for the first entertainment center there.

The weather hasn't been so kind to our social hub project under development in the South Puget Sound. It's been unusually rainy and cold. However, even with the bad weather, the contractor has been able to keep the project on schedule for an opening later this year. The exterior CMU walls are up, steel erection has started and part of the roof deck is already on. 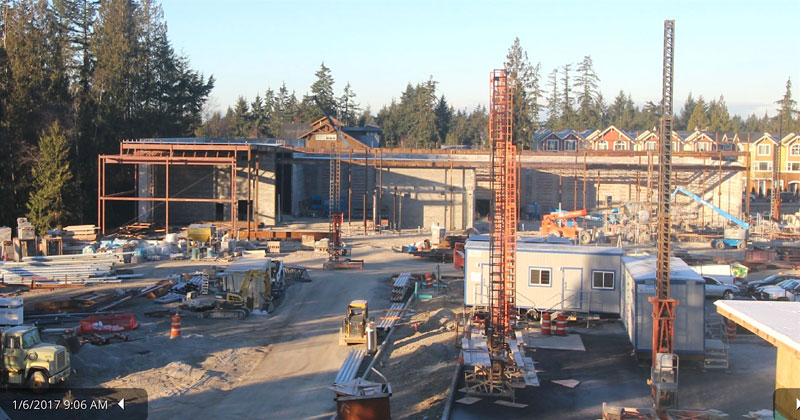 I've been fortunate to be featured in two publications in December,

In addition to presenting at our upcoming March 12-13 Foundations Entertainment University being held in conjunction with Amusement Expo and the Laser Tag Convention in Dallas, Texas, I'll be speaking at the Nightclub & Bar Trade Show being held in Las Vegas March 27-29.

As always, we have informative and thought provoking articles for you in this issue.