The Puget Sound project in the this issue's article will be very socially responsible. What is known as Corporate Social Responsibility (CSR), often also referred to as “corporate citizenship,” is a company's initiatives to assess and take responsibility for the company's effects on the environment and social wellbeing and includes such practices as charitable giving, fighting discrimination and sexism, fair labor practices, Fair Trade, animal welfare and of course green environmental practices.

CSR has become a very important aspect of consumers' decisions for what companies they choose to do business with. Over a one-year period ending in September 2015, CivicScience asked about 32,000 U.S. adults how important a company's social consciousness and overall kindness are to them when they choose where to shop and what to buy. Almost 7 in 10 (69%) said it was either “very” or “somewhat” important, with over one-quarter (27%) saying it was very important. Women rated it to have the higher importance than men. 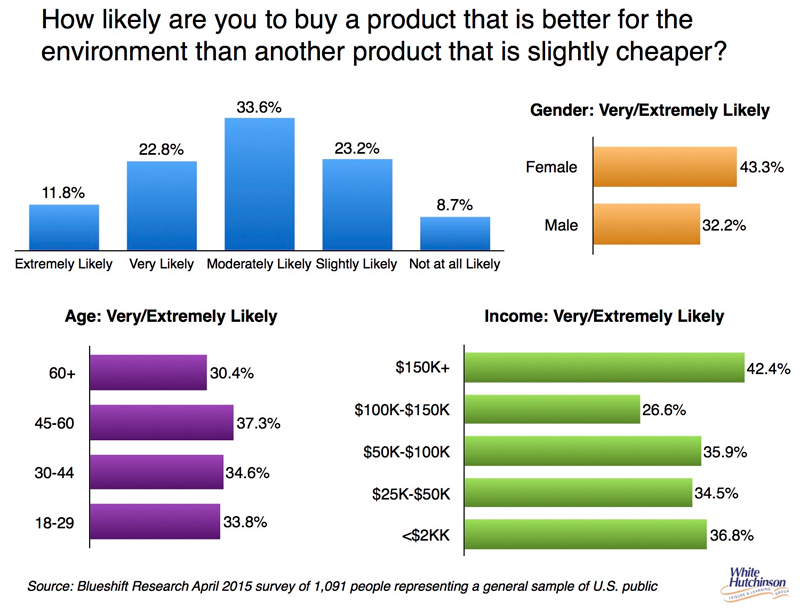 And lastly for the surveys, the 2015 Cone Communications/Ebiquity Global CSR study found that 90% of consumers would switch to a brand if it supported a cause.

Today, people want to have good experiences with companies that do good. A company's values and the story behind its brand are now as important as the goods, services or experiences it sells. For the most part, with the exception of our Puget Sound client and a few projects that you can probably count on the fingers of one hand, the location-based entertainment industry, including FECs, is far behind the curve on practicing the values that are becoming increasingly important to consumers and that are now influencing which companies they choose to do business with by voting with their dollars.

In addition to doing good for society and the planet, CSR can be a significant competitive advantage in today's highly competitive out-of-home leisure landscape.