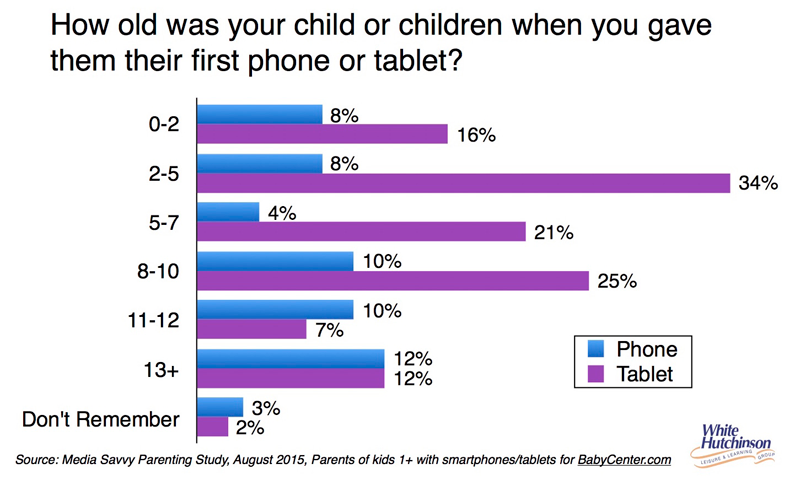 A recent small study of Philadelphia parents in urban, low-income, minority communities found that nearly half (44%) of children younger than 1 used a mobile device daily to play games, watch videos or used apps and most 2-year-olds (77%) used a tablet or smartphone daily. 3/4s of their children had been given their own tablets, smartphones or iPods by age 4 and had used the devices without supervision [Pediatrics]. And a 2013 study found the almost 3/4s (72%) of children 8 or younger used a mobile device.

There can be little doubt that using digital screen technology is now deeply woven into the experience and culture of childhood and is affecting children's expectations for leisure and entertainment.