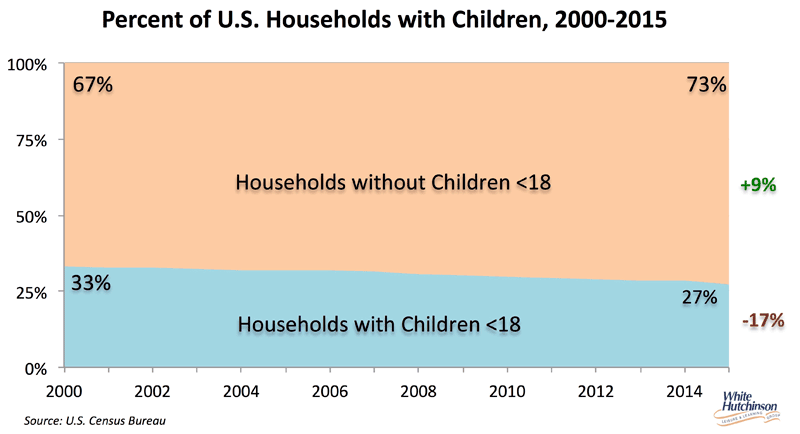 Of course this is a macro trend. There are still select areas of the country with an adequate density of higher socioeconomic families with children to support a family or children's entertainment center. However, today, even in those areas, it takes a larger market size than a few years ago due to the growing market share that both digital entertainment and social media is taking of both consumers' leisure time and discretionary incomes (see our white paper Disruption Gives Rise to a New Business Model). Today, the market opportunity has shifted more to adult-oriented centers that also have appeal to all but the youngest children visiting with the parents.