Feather bowling is a game played with wooden balls shaped like cheese wheels. The balls are rolled down a trough-shaped dirt or synthetic alley towards a feather sticking out of the opposite end of the lane. The object of the game is to get the ball as close to the feather as possible. Teams take turns rolling 12 balls (6 for each team) and may knock their opponent's balls out of the way. The team with balls closest to the feather at the end of the round win 1 point per ball. The game is over when one team scores 10 points. After the game has ended it is customary to eat pommes frites dipped in mayonnaise

Featherbowling has its origins in western Flanders, Belgium where it is known as 'Trabollen'. Michigan is the only place in the United States where the game is played, such as at the Cadieux Cafe in Detroit, Michigan and at Belgian Feather Bowling in Monroe, Michigan. A variation called "Belgian Trough Bowling" is available at the Bath City Bistro in Mount Clemens, Michigan.

Here's a few photos of the Cadieux Café where locals combine feather bowling with European beers and bowls of steaming hot mussels in bowls with a variety of different sauces. 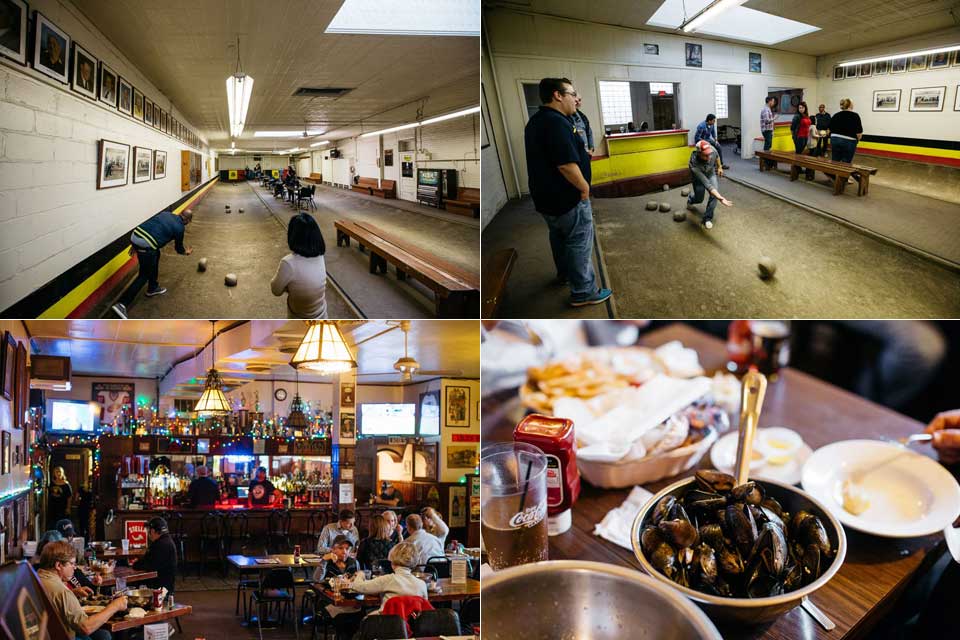 So, maybe it's time to start digging the trough and looking for feathers. Who knows, this could be the next emerging attraction. Heck, it looks very social and it pairs well with beer. What more can you ask for?