Are Millennials the market they are cracked up to be?

There have been lots of articles, blogs and other discussions in the entertainment and retail industries about attracting Millennials. The impression you get from all the coverage is that Millennials are the big market you should chase.

Millennials, once defined as the Y-Generation, are considered as born between 1977 and 1995 and are in their mid-teens to early thirties.

We decided to research whether there is any truth to this perception. When we dug into detailed spending data, we found that in fact the big Millennial market is a bit of an urban myth when it comes to their household spending. 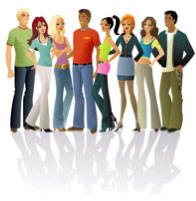 First we looked at out-of-home entertainment spending, both in the local community and on trips. Although Millennial headed households do spend, they don’t spend nearly as much as 35- to 54-year-old headed households. Households headed by that older age group spend 25% more in their local communities on out-of-home entertainment than 25- to 35-year olds and 78% &more than 18- to 25-year-old households. When it comes to entertainment spending on trips, the big spenders are households headed by age 55-64. 25- to 34-year olds spend slightly more than half as much (52%). 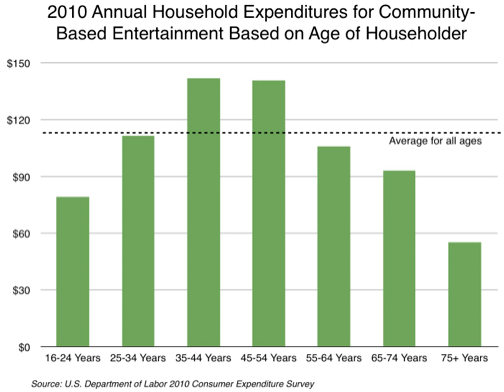 We found the same pattern when it comes to restaurant and other food away-from-home spending. Households headed by 35- to 54-year-olds are the biggest spenders both in their local community and dining on out-of-town trips.

There is one exception to this pattern. Millennial headed households are the biggest spenders when it comes to away-from-home alcohol consumption. So if you are looking to create a successful bar, they could well be the market to chase. 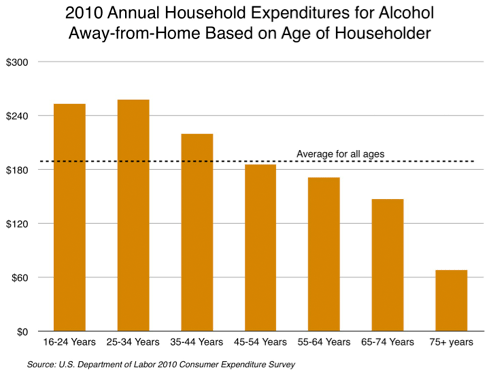 So, when it comes to restaurant and entertainment venues, although Millennials, and especially the older ones, do spend, with the exception of alcohol away-from-home, they are not the prime market to target. It’s the households headed by 35- to 54-year-olds who wield the greatest spending potential.

When it comes to other categories of spending, it’s still the older households who have the greatest disposable incomes and spending. One example is recent data from J.D. Power & Associates that found that last year almost two-thirds of all new vehicles were bought by consumers age 50-years and older who were responsible for 67% of new domestic auto purchases, 59% of foreign models, 56% of European and 60% of purchases with Asian nameplates.

Could there be an exception besides alcohol away-from-home where Millennials’ spending excels? Surely, Millennials are the big spenders on tech. Well, the data doesn’t pan out to show that is the case. Households headed by 35-to-64-year-olds have them beat. 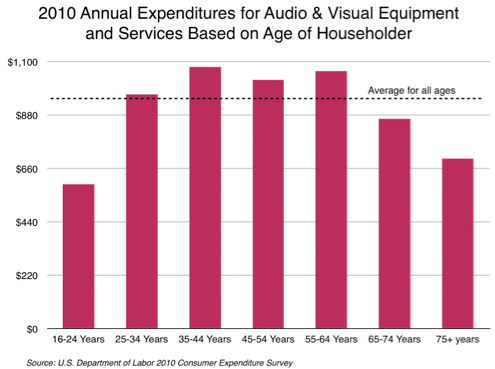 In the future, as Millennials age and move into the older category of households headed by age 35 and over, their earnings and spending should increase. But today, although they have significant spending, they are not the most desirable market to chase after other than for away-from-home alcohol.