In the last few issues, we have featured stories about projects in Dubai. Dubai is making itself into the Disney World-Las Vegas of the Middle East, minus the gambling. However, Dubai is not the only city that is booming in the Middle East. In fact, just about every city there is. The largest transfer of wealth the world has ever seen is fueling a lot of the growth in terms of construction and population. High carbon energy prices (oil and natural gas) are resulting in large cash flows into the Middle East, and especially into the six GCC countries of Saudi Arabia, Kuwait, Bahrain, Qatar, the United Arab Emirates (that includes Dubai), and Oman. The governments in those countries are reinvesting large amounts of the oil profits in infrastructure improvements, and private developers are riding the boom. The amount of construction taking place in all these countries is beyond imagination. Even when you see it, it is hard to comprehend.

I thought I'd give you a little heads-up on the small nation (population and land, not wealth) of Qatar, where we have our Middle East office in Doha. 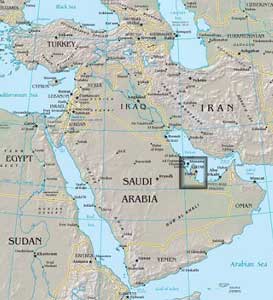 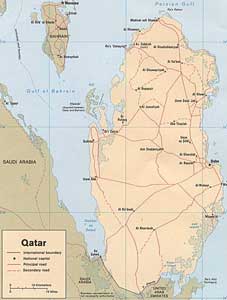 Qatar sits in the Arabian Gulf and currently has a population of about 800,000. Approximately 30 percent are Qataris, and the balance are Expatriates. Many are construction workers. Doha will host the Olympic Asian Games in December of 2006, so the city is being spruced up and necessary facilities are being built. To Qatar, sprucing up means demolishing about half the core of the city, the old buildings, roads, etc., and completely developing new ones, all in about two years. There are currently about 40 high rises under construction to be completed by the Asian Games, with a projected total of 180 to be completed by the end of 2007.

They include prestige office buildings, flats (apartments), and hotels. Some are being designed by world-famous architects such as I.M. Pei and Santiago Chalatrava. Highways, overpasses and tunnels are being completed. The old souq has been completely renovated in authentic architecture and materials. Stadiums and housing for athletes are nearly complete. A massive state-of-the-art airport is being built. Malls are expanding, and new ones are under construction. Construction cranes are a part of the horizon everywhere. Construction goes on 24 hours a day. I just returned from a trip to our office there. The city looked completely different than when I was there less then three months ago. 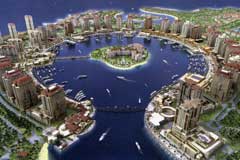 One of the larger projects is The Pearl, a man-made city being constructed in the Indian Ocean right off the coast. The Pearl will allow foreigners to own property under a 99-year lease, a first for Qatar. Insert Pearl,jpg

Although Qatar is home to Al Jazeera, the controversial television network (from a Western perspective), the country is a great friend and ally of the U.S. The U.S. maintains its Middle East Air Force Base and Command in Qatar, where its B-2 bombers are housed. Qatar has signed a 25-year contract to supply the U.S. with liquefied natural gas, the country's most plentiful resource. Doha is a tolerant mix of the Arab and Western worlds. There are few, if any, fundamentalist Muslims. Some women are fully covered (by choice, not law); some only wear veils over their hair, some wear Western dress. Women can drive, vote and work. Bedouins have mobile phones. Qataris drive their SUVs and sports cars wearing sunglasses. Malls are lined with Starbucks, Cinnabon and RadioShack stores. There are Applebee's, Chili's and traditional Middle Eastern, Iranian, Syrian and Lebanese restaurants. Doha is a mix of traditional and modern, and for some crazy reason, it all seems to work very synergistically.

Qatar, like most of its neighbor countries, has moved rapidly into the 21st Century. As recently as a 1950s, the only means of transportation was by camel or dhow boat. However, unlike in the West where tradition can give way to the new, The GCC countries (with the possible exception of the Emirate of Dubai, part of the U.A.E.), are embracing the new while still preserving tradition.

One example is camel racing. For thousands of years, camel racing has had children jockeys, as the lighter the jockey, the faster the camel runs. The children weren't adolescents, but rather children as young as age 4 brought in from poorer countries like Sudan to do nothing but ride camels. They were denied schooling and starved to keep their weight down. Basically, they were slaves.

Well, in 2003 the practice became a public relations nightmare for Qatar, which wanted to be seen in a good light by the West. In fact, the situation got so bad that the U.S. State Department demoted Qatar to Tier 3 status, meaning it was engaging in slavery. This opened the country to possible economic sanctions.

You just don't let a 1,000-year-old-tradition die. The Emir decided to look to modern technology for a solution, so K-Team, a company in Switzerland that makes educational robots, was commissioned to develop a robotic camel jockey. After many engineering challenges, including the 120° F heat in the desert and the shocks from a camel racing at 25 miles per hour, and with the help of a patient test camel named Hanoud, a robotic jockey was perfected. The camel owners race behind the camels in their SUVs while controlling the jockeys by radio control, much the way you control a remote model airplane or car. The big difference is that the joysticks control the whips and the reins. Today, there are no more child jockeys, and even Saudi Arabia is using the robots. 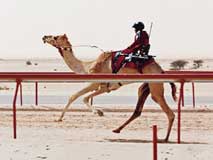 If you would like to learn more about this example of how the Gulf countries embrace the new to preserve the old, Wired magazine ran an extensive story on Robots of Arabia last December. Click here to read it.

Speaking of the Middle East, where tribal loyalties are still a major part of the culture, this month we have a story on tribes - coffee tribes. You'll find out just how strong their loyalties are to their favorite coffee shops.

Among our other articles is some scary research about how damaging an unsatisfied customer can be to a business and a story about the death of iceberg (we'll leave you in suspense on that one).

And finally, unlike in the past few months, we are pleased we have actually been able to publish this enewsletter in advance of the date it carries.