Once only a niche market, craft beer has grown to become a cultural phenomenon in the United States. For many consumers, craft beer is no longer a trend, but part of their daily lives. “Craft is more than a beer segment,” says Jeff Nowicki, chief strategy officer at Bump Williams Consulting. “It is a cultural movement in American society.” 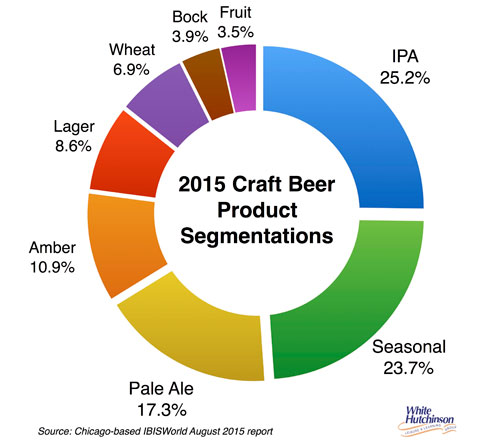 The growing appeal of craft beer appears to be due to a number of factors including its inherent authenticity, a movement to craft products versus mass-market products and the adventure of exploring the many unique flavors, ingredients or brewing methods of the many different offerings. Local production is also very important. A Nielsen February 2015 survey found that local is important to 44% of drinkers in their purchase decision for beer, wine and spirits, but even higher for craft beer drinkers at 52%. 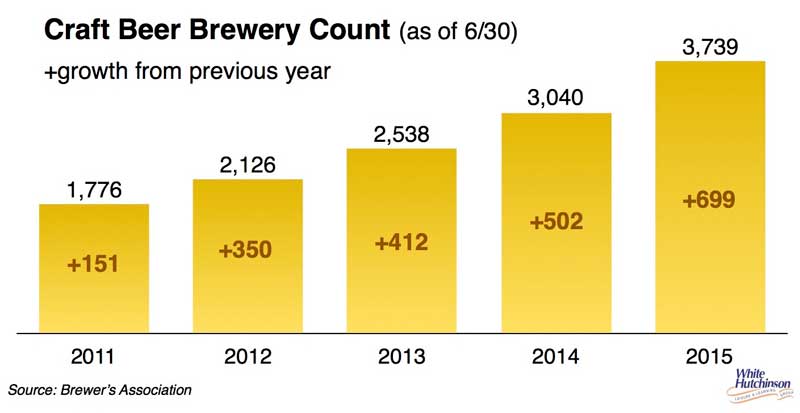 Vermont leads the nation with 8.6 brewers per 100,000 21+ adults. Mississippi comes in last place at 0.3 breweries per 100,000. If you're interested in seeing how many breweries your state has and its ratio to population, click on the map below to go to an interactive map. 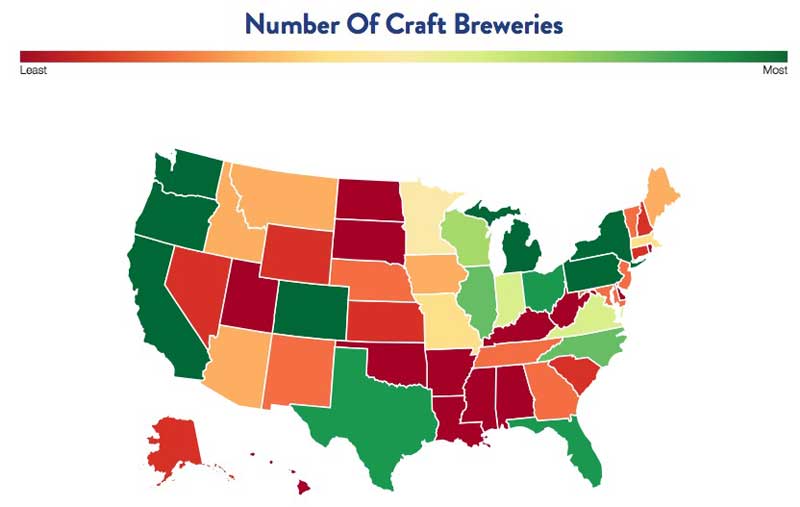 34% of beer drinkers are prepared to pay more for craft beers. However, 59% are only willing to pay more for beers if the can easily taste the difference with cheaper brands [Mintel]. Craft beers tend to have easily distinguishable taste differences compared to standard beers. That is part of craft beer's growing popularity, the adventure of exploring their many tastes. And craft beers tend to be considered as premium alcoholic choices due to their full flavor, their use of premium ingredients and the extra care and time, the craftsmanship taken in their production.

We're reporting on the craft beer trend, as it's very relevant to the success of adult-oriented entertainment venues. Craft beer drinking skews heavily to the college-educated, high-income, age 25-45 adults who are the desired target market for entertainment venues. When it comes to community entertainment venues, the Bachelor and higher college degreed households accounted for 69% of household spending in 2014. So offering a good selection of craft beers, especially on draft, is very important to attracting these highly desired socioeconomic customers.