We’ve been writing a lot about spending and attendance trends at community-based entertainment (CBE) venues. Here’s some more data for you.

Both participation (attendance) and spending at CBEs is related to income. The participation rate varies the greatest based on income. For those households that do participate, the amount they spend does not show as great a variation. 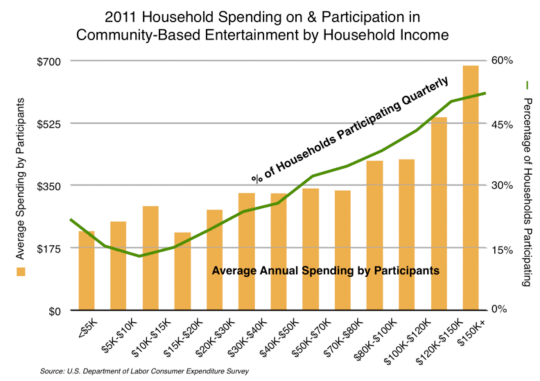 In terms of overall market share, the highest income households still control the lion’s share of CBE spending, as a larger percentage of them attend and they spend the most.

When we examine households based on the age of the head of the household, here’s how the participation and spending looks. 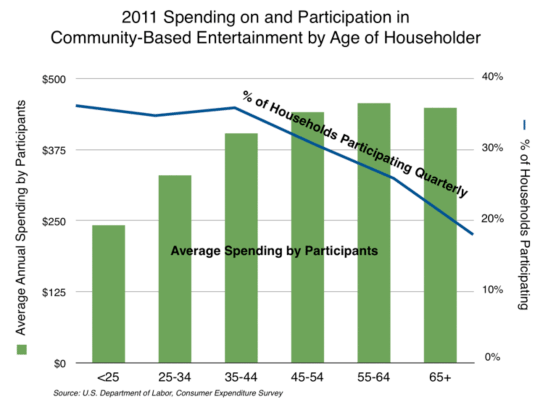 Here’s where it gets interesting. When we look at which age group spends the most and how it has changed over time, it is counterintuitive to what most people probably believe (spending is inflation adjusted). 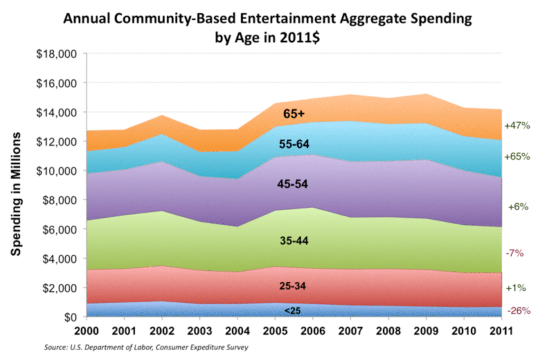 The younger households that many people might except to be the big CBE spenders are not. Households headed by age 25-35 householders only account for one-sixth (17%) of all CBE spending. The youngest households, those age 25 and younger, account for only one-twentieth (5%) of all CBE spending and their share has decreased by one-quarter (26%) since the year 2000. That decrease is a long-term trend, not something triggered by the Great Recession. 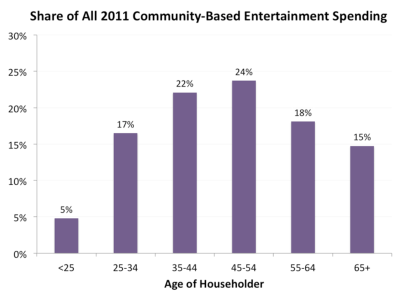