It is interesting that as the number of children in a family increases from one child to two or more children, the family’s income on average also increases. That’s good news as it probably means that more children doesn’t necessarily result in less discretionary income for out-of-home entertainment. Perhaps it’s because one-child families are generally younger whereas the 2+ child families are older so the parents’ incomes have risen with their age.

The graph below also shows the negative impact the Great Recession has had on the income of both size families with children. 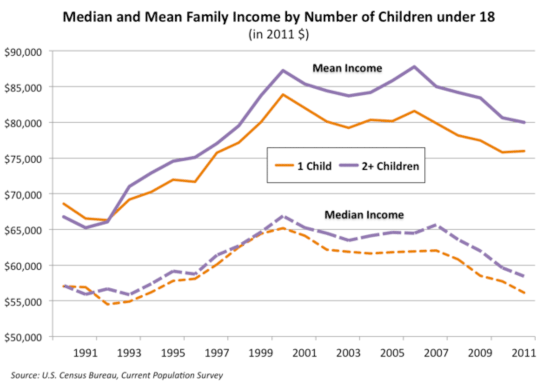 Many families are feeling poorer. The number of families who now feel they are lower middle or lower class has increased since 2008 according to research from the Pew Research Center. Those families feeling that they are members of the lower classes now represent 1/3 of all families compared to 1/4 back in 2008. 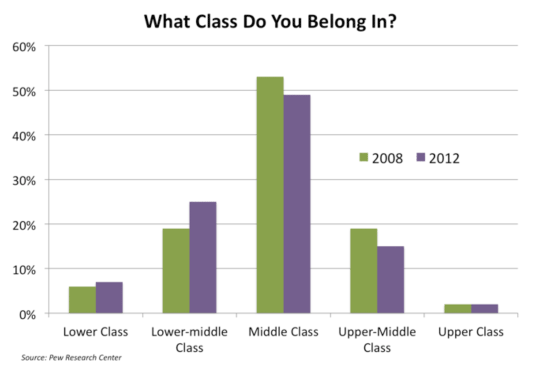 There is a correlation between education and being perceived as a member of the middle class. 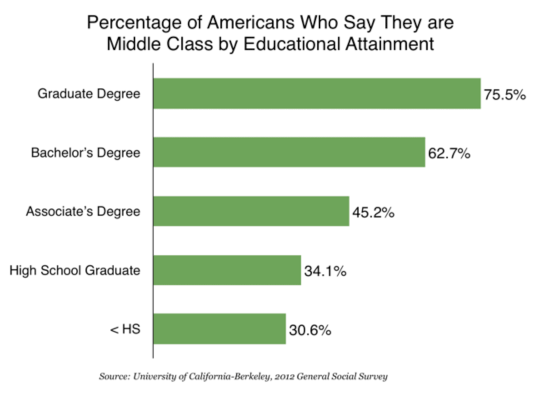 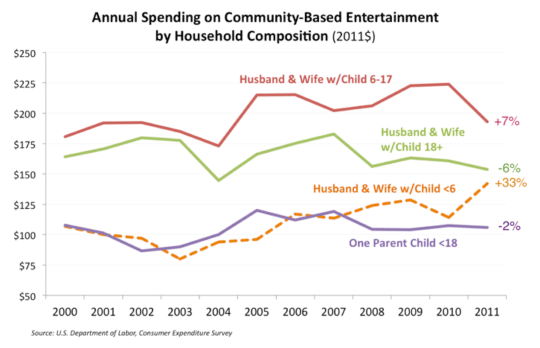