Household entertainment spending up 58% since 1995

The U.S. Bureau of Labor Statistics’ Consumer Expenditure Survey (CEX) provides information on the spending habits of American consumers. The survey has been conducted annually since 1980 and provides reliable data to identify consumer expenditure trends. Our company has access to very detailed unpublished data from the CEX, so we are able to analyze areas of spending that the more aggregated published data doesn’t permit.

The CEX first started tracking cellular phone service in 1995, so we started the analysis with data for entertainment spending in that year. 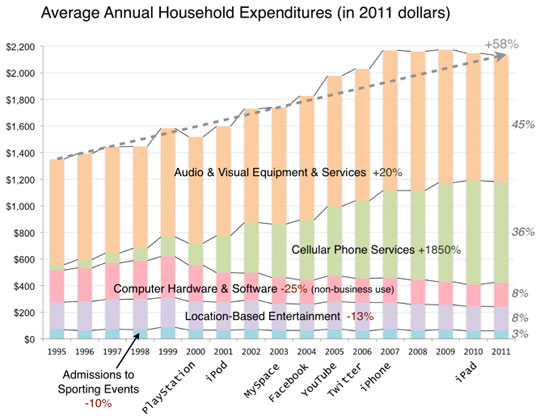 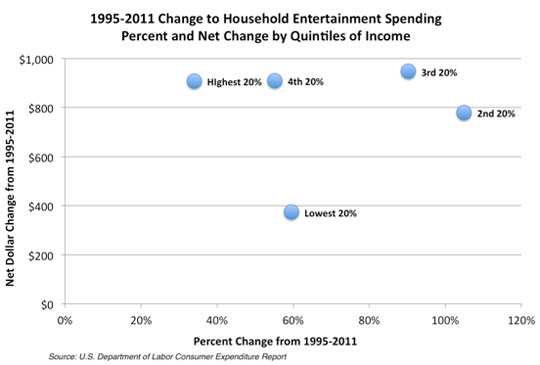 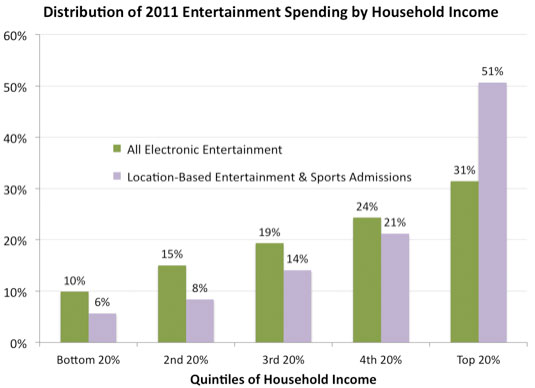 What is surprising is that when we looked at changes to all entertainment spending between pre-recession 2006 and 2011, spending increased for all household income quintiles with the exception of the highest 20% where it based stayed constant (-1%).

So what does all this tell us? We believe the bottom line is that Americans are more than willing to spend on entertainment, even during challenging economic times. However, it appears that the increasing spending on electronic forms of entertainment indicates that many Americans consider that form of entertainment more convenient, affordable and a better value than out-of-home venue-based options. The challenge for location-based entertainment and sport venues is to increase the appeal of the experiences they offer to reverse this trend.