Since 1939, Gallup has asked Americans whether they "have occasion to use alcoholic beverages such as liquor, wine or beer" or if they are "a total abstainer." Since the turn of the century, the percentage saying they drink has dipped as low as 60% (in 2013) and risen as high as 67% (in 2009). Currently, 63% of adults report drinking alcoholic beverages (2021-2022 average). 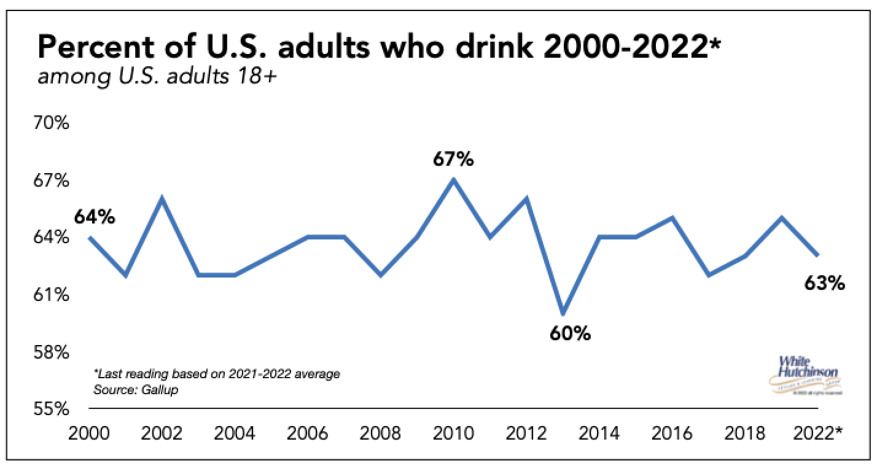 The drinking rate among U.S. adults differs more by household income than by any other standard demographic characteristic. Eight in 10 adults in households with $100,000+ incomes drink versus only four in 10 with incomes less than $40,000.

Drinking differs by education as well, with college graduates (76%) and postgraduates (75%) the most likely to report drinking. 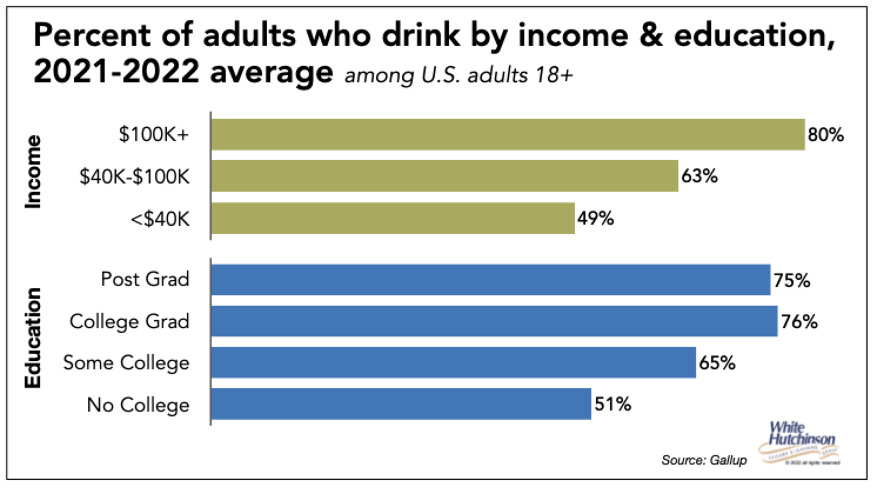 Whether people drink also varies significantly by their religiosity. Adults who attend their church or other places of worship weekly are less likely to say they drink (50%) than less frequent attendees (63%) and nonattenders (69%).

Alcohol consumption varies only slightly by gender, with 66% of men versus 61% of women saying they drink. 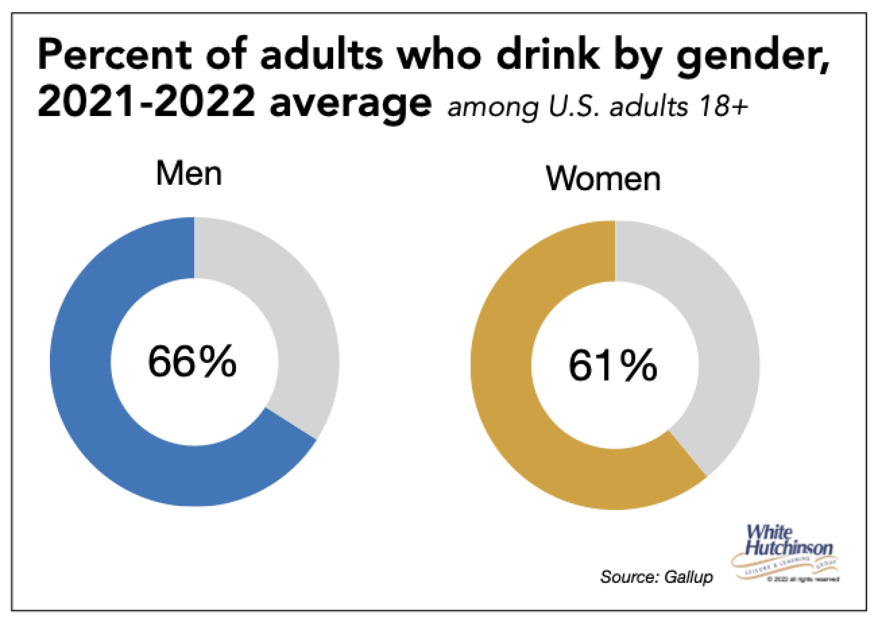 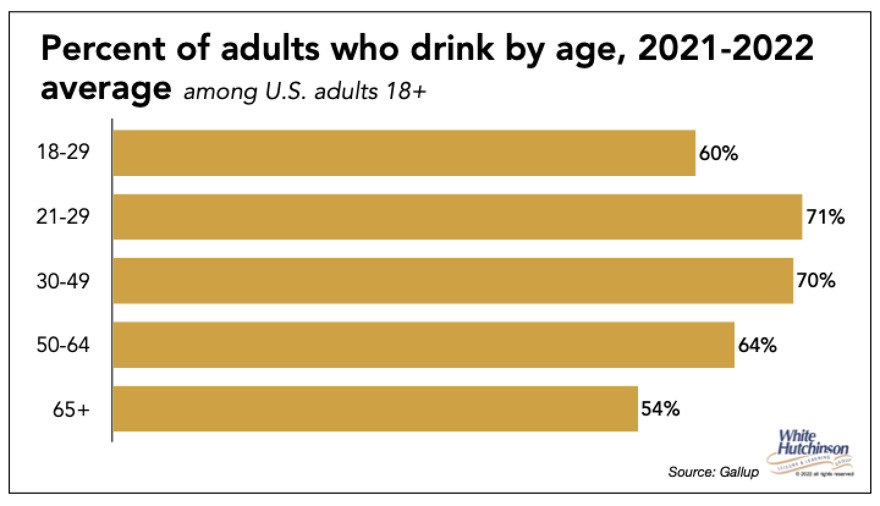 30% of drinkers now prefer liquor, a new high. Currently, there is only a four percentage point spread between the least popular beverage, liquor, and the most popular, beer. Beer has been declining in popularity.

In pre-pandemic 2019, households headed by someone with a bachelor's or higher degree accounted for 72% of all spending on fees and admissions at entertainment and arts venues. Households with $100,000+ incomes counted for 59% of all that spending. The primary customers for location-based entertainment venues (LBEs) are adults that fall in the 21 to 49 age range used to examine who drinks. Based on the above analysis of drinkers, LBEs can expect at least seven in 10 of their customers to drink alcohol.