We now have data from the American Time Use Survey on how Americans' used their leisure and entertainment time last year.

For almost all age groups, their total amount of daily leisure was greater in 2021 than in 2019. 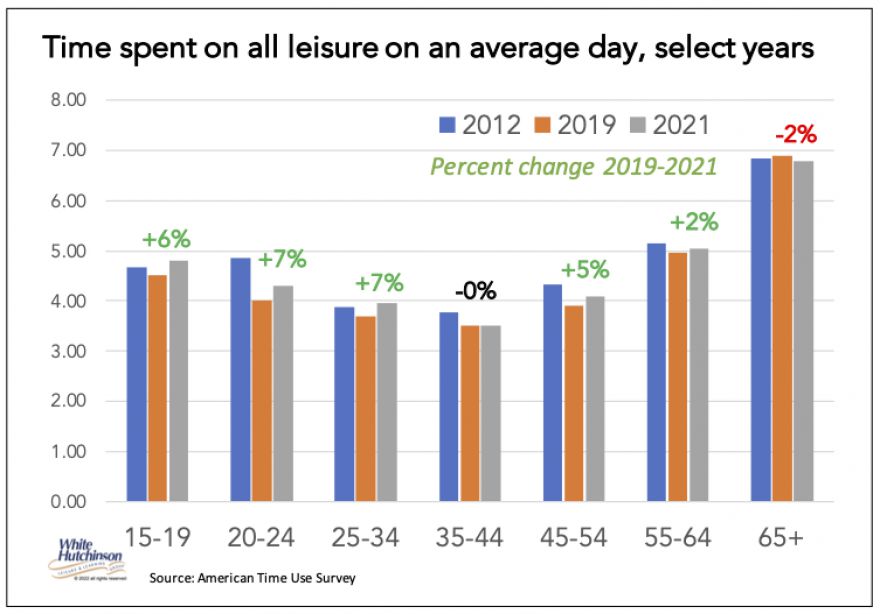 Overall, both genders saw an increase in their daily leisure time last year compared to 2019.

The average daily time spent attending entertainment and art venues was significantly less in 2021 compared to 2019. The younger age groups were down the most. 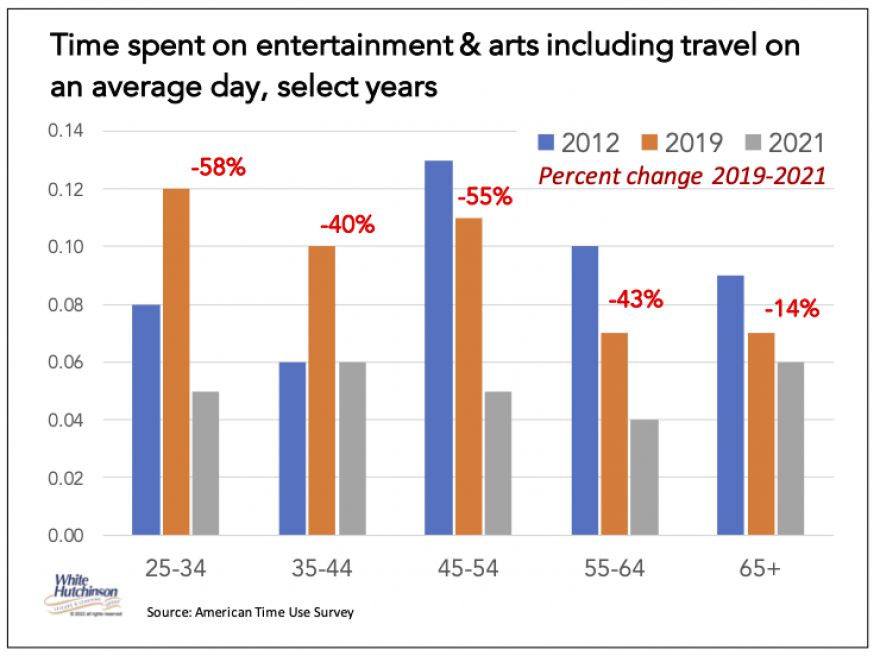 The share of each age group participating at entertainment and arts venues on an average day was down. It was down the most for ages 20 to 34. 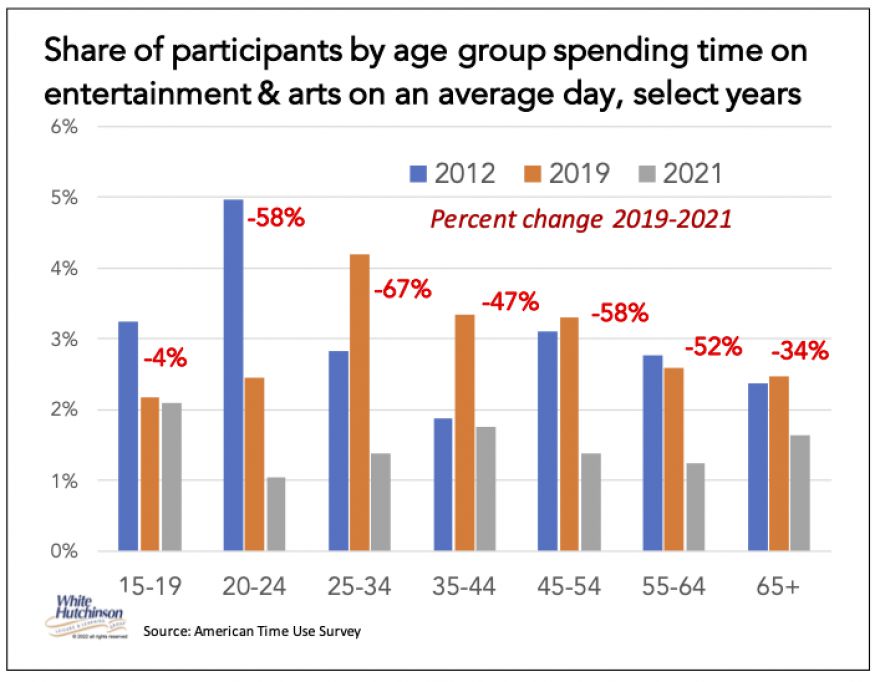 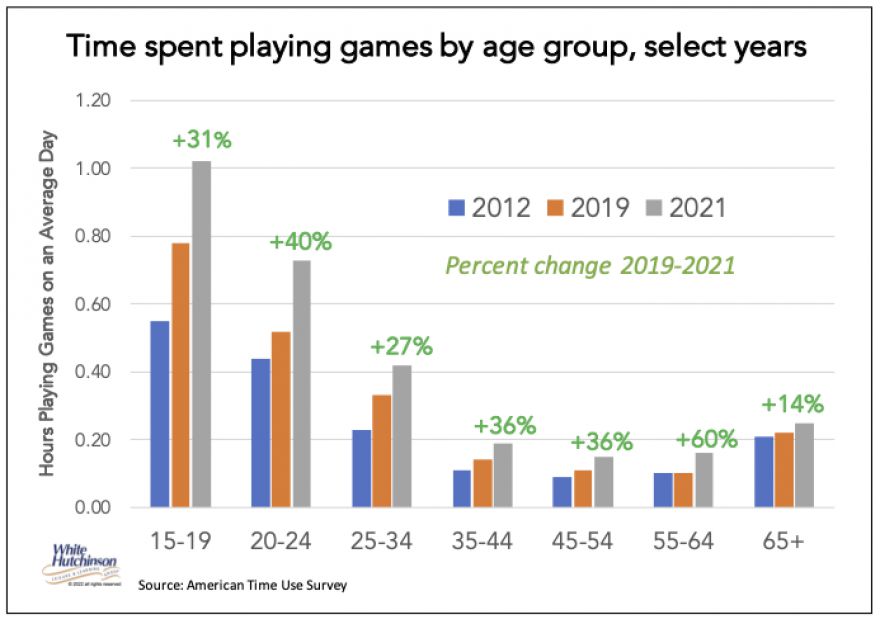 Except for ages 15-19, participation rates on an average day were also up - more people were playing video games. 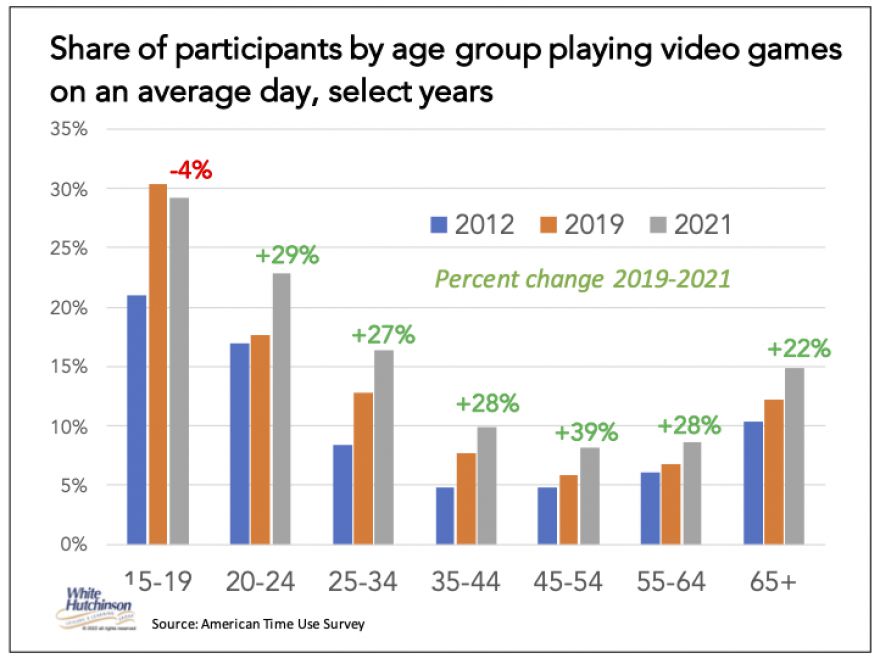 It may well be that the habits people developed during lockdowns and when entertainment and art venues were closed, or when people were avoiding them and were instead substituting video game play for some of that out-of-home entertainment may last into the future.