Guy Fieri is best known for his Food Network shows Diners, Drive-Ins and Dives, and Guy's Grocery Games. He's built up an empire that includes his name on 14 other brands around the world.

Spurred by the pandemic's shutdown of indoor dining and limited outdoor options, ghost kitchens boomed. Ghost kitchens are virtual brands for delivery-only operated out of existing restaurant kitchens. Fieri recognized the opportunity and launched Guy Fieri's Flavortown Kitchen . Flavortown Kitchen has found homes in Buca di Beppo, Bertucci's, and Brio kitchens, among many other restaurant chains across the country. There are currently Flavortown ghost kitchens in 34 states and 149 cities . Food can be ordered through the Flavortown Kitchen websiteor via most delivery services, including DoorDash, UberEats, Postmates, and Grubhub. 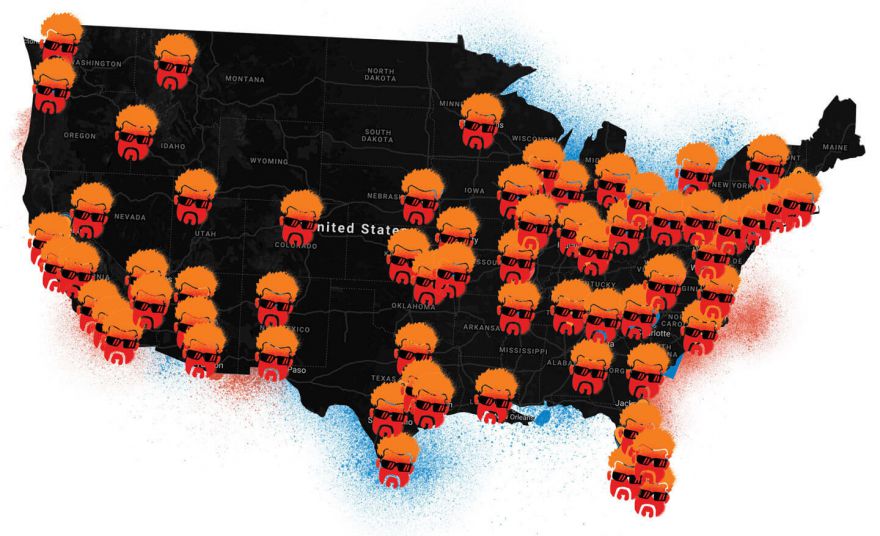 Now Fieri is taking his concept from the virtual to the real world with the opening of Guy Fieri's Downtown Flavortown later this year in Pigeon Forge, TN. It will be a lot more than just a restaurant, although a rather larger one with 300 seats. It will be a 43,000-square-foot eatertainment facility decked out Fieri-style with all things American, including Guy's iconic 1968 Chevy Camaro. It will also include a Tiki bar, a 10,000-square-foot arcade, and a 14-lane duckpin bowling alley. 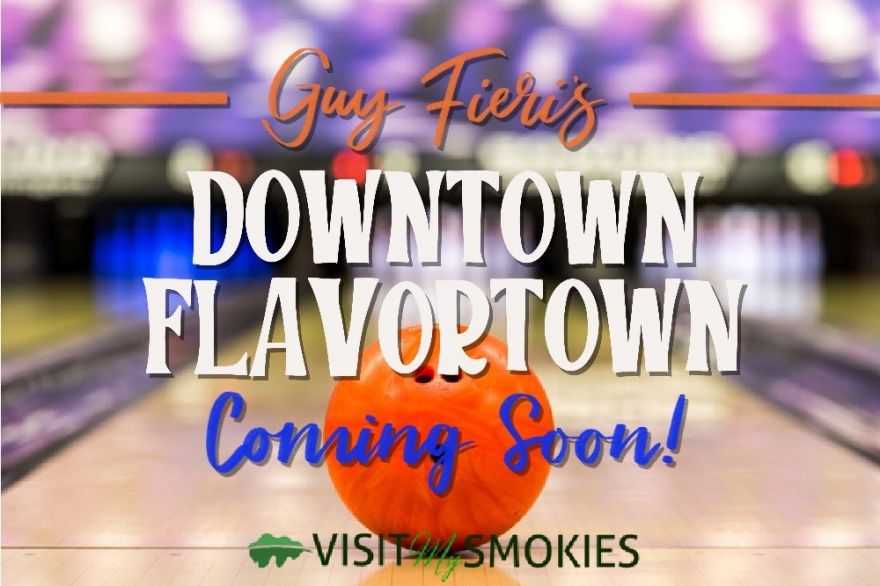 Of the many Fieri fusion-cuisine dishes the restaurant will serve will be one of the most popular, Trash Can Nachos, with house-smoked pulled pork, gooey cheese, borracho beans, and pico de gallo. There will also be Fieri's award-winning Bacon Mac and Cheeseburger. Other dishes include the Chili Mac and Cheese Waffle and the Hot Honey Chicken and Fries Waffle. Desserts will consist of Layered Chocolate Whiskey Cake and the Cheesecake Challenge.

The Tiki bar will offer craft cocktails, including the Caliente Margarita, local beers on tap, and tiki bar classics like the Don Zombie and Caribbean Painkiller.

"No matter where you go in this great country, I can put ya' on the road to Flavortown, real deal food and good times, that's what I'm all about. But there's one experience that I've been saving for a special time and place. I'm talking next level, go big or go home, the ultimate party. And I'm bringing the great people of Pigeon Forge with me... to Downtown Flavortown. Scratch-made food, craft cocktails, tiki bar, bowling, gaming... you name it, we're bringing it!" said Guy Fieri.

We're sure to see more Downtown Flavortown locations popping up in other cities in the future.