Will births in the U.S. rebound from the Covid baby bust?

Now we have an analysis by the Associated Press from 25 states that suggests a much steeper decline into 2021. They found births in December 2020 and January and February 2021 — nine months or more after the beginning of the 2020 lockdowns — were down 6.5%, 9.3%, and 10%, respectively, compared with the same months a year earlier. December, January, and February together had about 41,000 fewer births than the same three-month span a year earlier. That's an overall 8% decline, and it's likely to extend into most of 2021, possibly at the higher rate of 10% seen in February. The Covid baby bust appears to be very real and very significant.

A Harris Poll/NBC survey in March 2021 found that 52% of adults age 33-40 altered their plans to have children due to the pandemic. 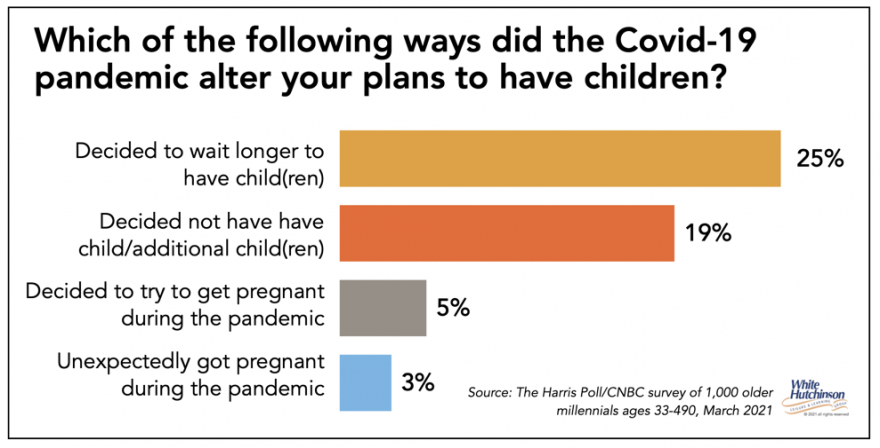 It's not just the pandemic that is causing the declining birth rate. Recent research by Cassandra found that many young Americans express trepidation about the current state of the world and question whether it is the right environment for raising children. Of those who don't yet have children, only 50% of Gen Z and only 44% of millennials report that they want children.

In addition to the pandemic, other research indicates that climate anxiety may be playing a role in the declining birth rate due to the well-being children will experience in a climate-change world and the carbon footprint they will cause.

Cassandra's research found that in addition to concerns about having children with the current state of the world, there is a fundamental shift in how young Americans, compared to older generations, are thinking about themselves, their relationships, and their own identity. Gen Zs report that their most important relationship is with themselves, with boyfriends, girlfriends, partners, and parents being secondary or tertiary.

Will births in the U.S. bounce back after the pandemic is behind us? According to a new report from Brookings Institution, it won't. They forecasted fertility rates based on age cohorts and found that younger women today are likely to have lower lifetime fertility with fewer children than previous cohorts of women. 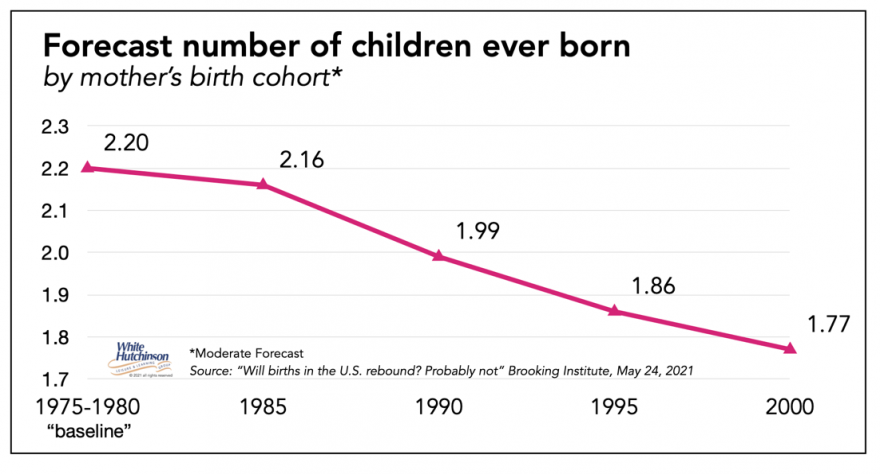 In addition to the bad news that the U.S. will be experiencing a decline in the number of children, to make matters worse is a May National Vital Statistics report on the 2019 fertility rate of women by their level of education. College-educated women had lower fertility rates than less educated women. If this trend continues, a growing proportion of families with children will be in the lower socioeconomic. 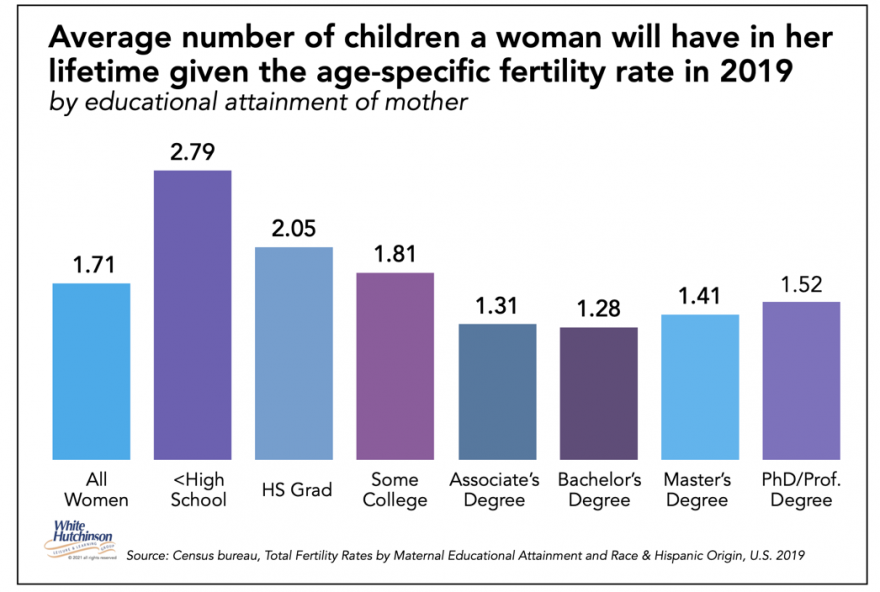 Over time, the declining number of children will work its way up the ages to impact the market size for middle-aged children, affecting family-oriented venues such as family entertainment centers.