The pandemic has changed people

After more than a year of sealing themselves off at home, many people are finding it difficult to return to social activities, including returning to location-based entertainment venues. Although it may seem counterintuitive, this is especially true for the fully vaccinated who are most anxious about returning to out-of-home life. Although vaccinated people are at the lowest risk for returning to the outside world, many fear plunging back into socializing, being around crowds of people, and even returning to workplaces. The phenomenon of being afraid to return to their former life despite being fully vaccinated has come to be called "cave syndrome". It is a variant of agoraphobia, the fear of open or crowded places or "unsafe" situations.

For many people, it is the result of what is called Covid-19 anxiety syndrome. The syndrome manifests as the inability to leave the house because of Covid-19 fears, frequent checking for symptoms despite not being in a high-risk situation, and avoiding social situations or people.

Alan Teo, an associate professor of psychiatry at Oregon Health and Science University, attributes cave syndrome to three factors: habit, risk perception, and social connections. "We had to learn the habit of wearing masks, physical distancing or social distancing, not inviting people over," he says. "It is tough to break a habit once you form it. There is this disconnect between the actual amount of risk and what people perceive as their risk."

A study early this year by the American Psychological Association reported that half of adults (49%) anticipated being uncomfortable about returning to in-person interactions when the pandemic ends. Similarly, 46% of adults said they do not feel comfortable going back to living life like they used to before the pandemic. 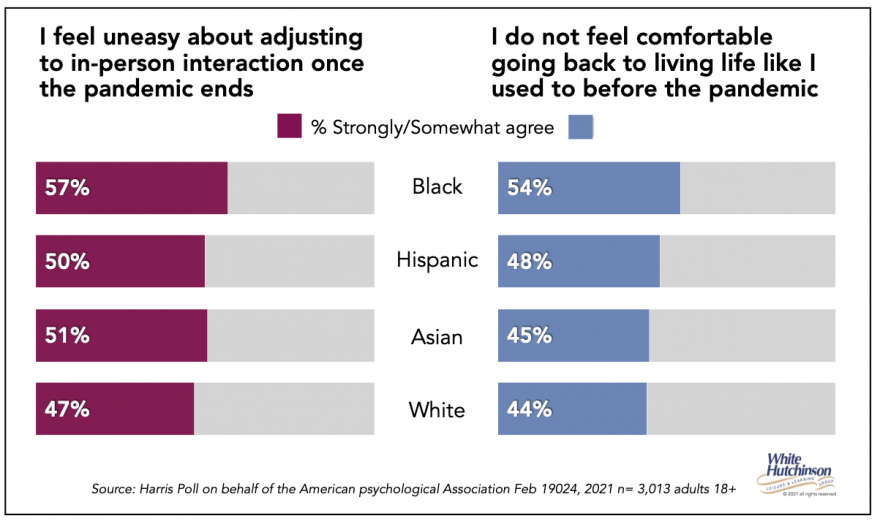 The current wave of the Delta variant is only making people suffering from cave syndrome even more anxious about re-entering society and is likely to lengthen the time further when they will. It may even be causing more people to get cave syndrome.

Cave syndrome is not the only way people changed during the pandemic. Our brains have changed in many other ways.

There is yet another phenomenon affecting people that prevents them from returning to their post-pandemic out-of-home leisure life. When people are under a long period of chronic, unpredictable stress, they develop "behavioral anhedonia". They get lethargic and show a lack of interest in almost everything, including leisure and entertainment activities. The growth of the Fourth Place is only one example of how people adopted new technologies that may be permanent habits (also see article in this issue). 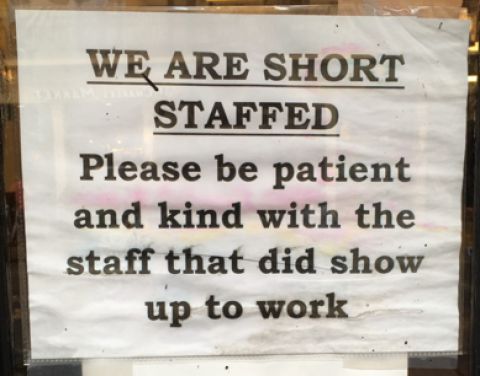 Many people also reevaluated their life/work balance and their jobs and careers. We are now seeing the results of that with the great resignation, people quitting their existing jobs and moving on to different ones. The great resignation has seriously impacted the retail, hospitality, and location-based entertainment industries, as people have left for more rewarding, less stressful, and better-paying jobs or retired early.

Then there are additional people reluctant to resume their pre-Covid lives as they do not want to forfeit what they found to be the positive benefits they derived from the forced isolation and solitude and the new habits and lifestyle they took on.

For many people seeing the world change and people get sick and even dying led them to question the lives they had been living, from work to relationships, to values, to what things and experiences they need and want, reminded that life is short provided enough energy for people to consider changes they might not have under the complacency of their pre-pandemic lives. They also learned many new ways to spend their time and learned to use new technologies. The growth of the 44 Fourth Place is only one example of how people adopted new technologies that may be permanent habits (also see article this issue). 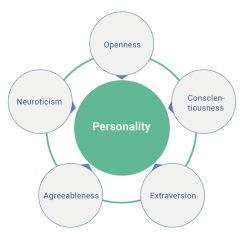 The pandemic has also changed people's personalities. A survey of Americans in April by Oracle found that a majority of respondents (86%) say they saw a change in at least one of the five major personality traits. Four in ten reported becoming more conscientious, nearly the same proportion reported being open to new experiences (38%), and one-third reported increased agreeableness (33%).

The impact of the pandemic continues to evolve. People are not the same people they were in early 2020. With the Delta variant driving infections, people respond with an ever-shifting blend of caution and hope. Location-based entertainment venues should not assume their customers that went into the pandemic will be the same ones coming out.