The pandemic has profoundly impacted peoples' behaviors, including their likely out-of-home activities in the post-pandemic world. It appears that Dave & Buster's understands that their 2019 business model needs changes if they are going to be competitive in that world's new normal. Even before the pandemic, it was clear that D&B's business model was losing its relevance to consumers. Over their three physical years, 2017-2019, their comparable store sales experienced a 13.5% inflation-adjusted decline (their 2019 fiscal year ended February 2, 2020). 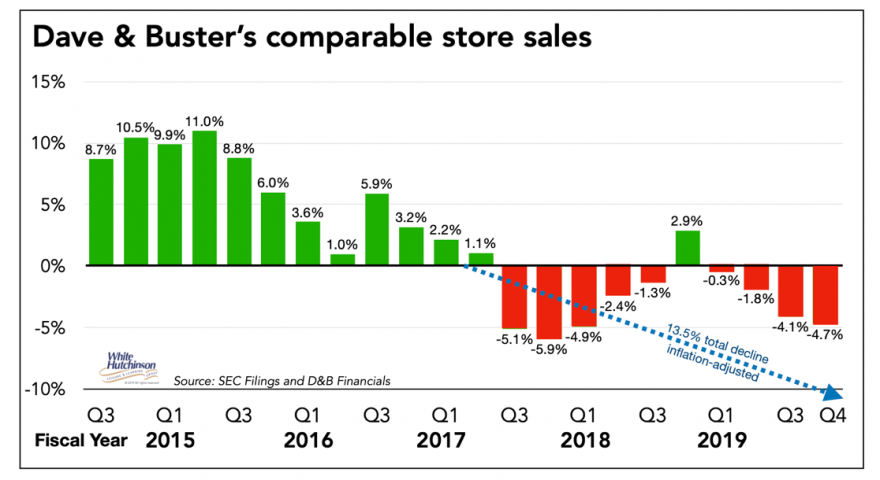 They have announced several changes to update their business model and hopefully make a strong comeback. 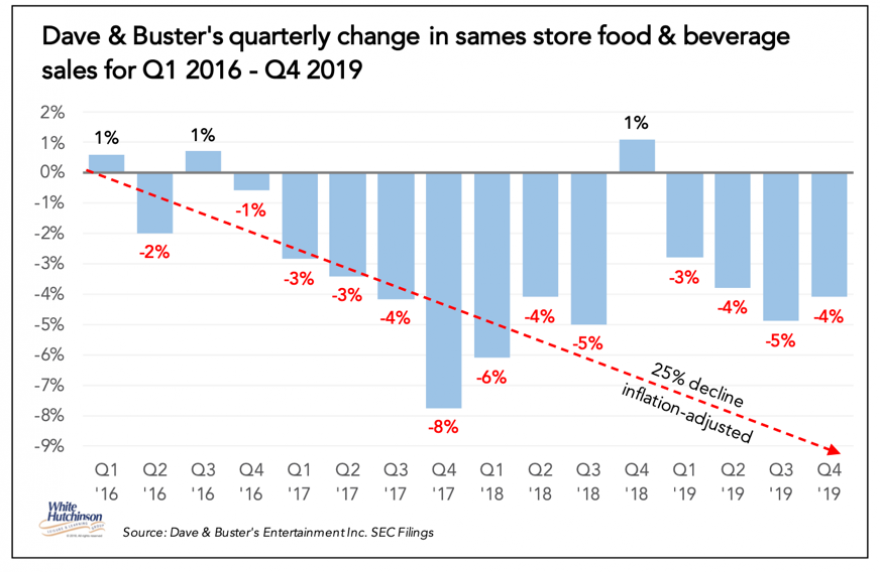 D&B is rebranding their food operation as the Inspired American Kitchen to address their food and beverage shortfall. COO Margo Manning said, "This is the most extensive update to our food offering in more than ten years, and it allows our guests to explore new flavors... The new menu will be offering novel food and drinks to bring people together... Our new food identity, Inspired American Kitchen, is rooted in enhanced flavor and quality ingredients across a condensed number of menu items that we have priced to maintain our historic gross margins." The menu currently extends to just 22 items, with the roster scheduled to grow to 28 selections, or 33% fewer selections than before Covid. 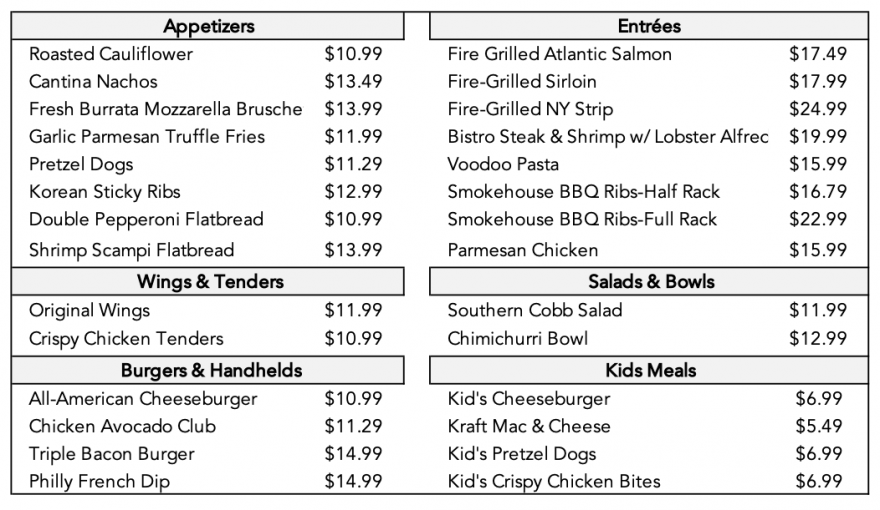 The real question is whether their new menu will have the quality and foodie-worthy appeal required to compete in the highly competitive dining-out space, where consumer expectations are rising every day.

Also, D&B will start offering food-to-go and is testing two different virtual kitchen concepts, Wings Out and Buster's American Kitchen. Currently, they expect these three concepts to average around $50,000 per store annually.

The gaming portion of the eatertainment concept is also being updated with six new games this summer. One of the growing shortfalls of their game rooms has been its lack of enough social group games. New games will include Minecraft Dungeons Arcade, a 4-player cooperative game based on the best-selling video game of all time, Hat Trick Hero, and Hungry Hungry Hippos, which brings a life-size version of the classic board game for up to 4 players. They're also adding a brand-new V.R. attraction to their proprietary platform with the launch of Top 1 V.R. arcade just before the release of the new Top 1, maybe this summer.

They are also planning to add a new revenue line, a sports betting partnership to bring sports racing and daily fantasy sports to D&B stores where allowed by law. D&B believes it would be an accelerant to their appeal as a sports-watching destination. They say they could currently offer online sports betting in about 13 locations, and it could grow in the near term to 27-30 stores out of the entire chain.

Time will tell how successful these changes will be and whether they will help Dave & Buster's to recover from their declining appeal the years before the pandemic's impact. Their attempts to evolve their business model is a good lesson for all location-based entertainment and eatertainment businesses - the future isn't going to be what it used to be.