Do you really know who your competition is?

Several decades ago, if you were in the community-based entertainment industry, which includes family entertainment centers (FECs), it wasn't difficult to understand who your competition was. It was mostly all the other community-based entertainment (CBE) and leisure options, and there weren't that many, plus just staying at home. But back then, staying at home didn't have too many great options other than watching TV or renting a DVD at Blockbusters, playing board or card games, playing video games on a game console or chatting on the phone.

A lot has changed since then with the introduction and subsequent growth of digital technologies, including the smartphone, tablets, social media, texting and different screen-based programs and apps. Staying at home has become a lot more attractive. Getting people out of their family rooms and dens to visit CBEs has become much more difficult. Digital technologies have changed the competitive entertainment landscape. Today, consumers' screen-based options have become the new competition. 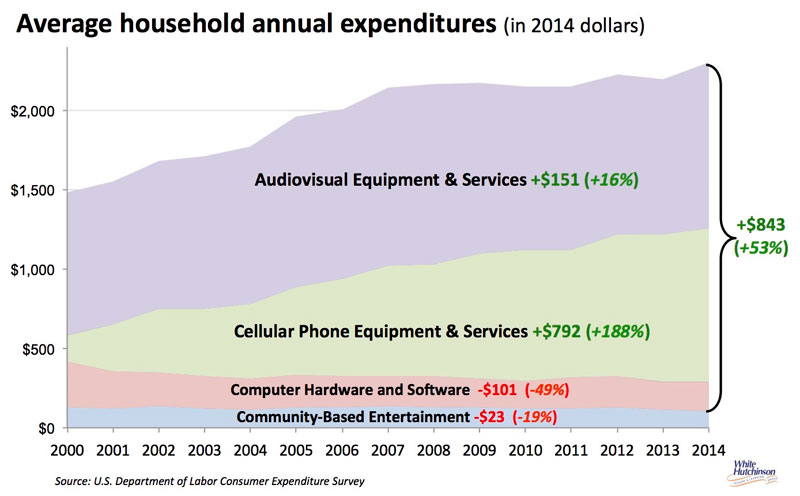 In 2014, households spent 21 times as much on digital equipment and services as they did at CBEs.

Digging into the data a little further shows that increases in spending for digital entertainment and social communication have an inverse relationship to income, i.e. lower income household increased their digital spending by the greatest percentage. Changes to decreases in spending at CBEs also have an inverse relationship, i.e., the lowest income households decreased their spending by the greatest percentages. 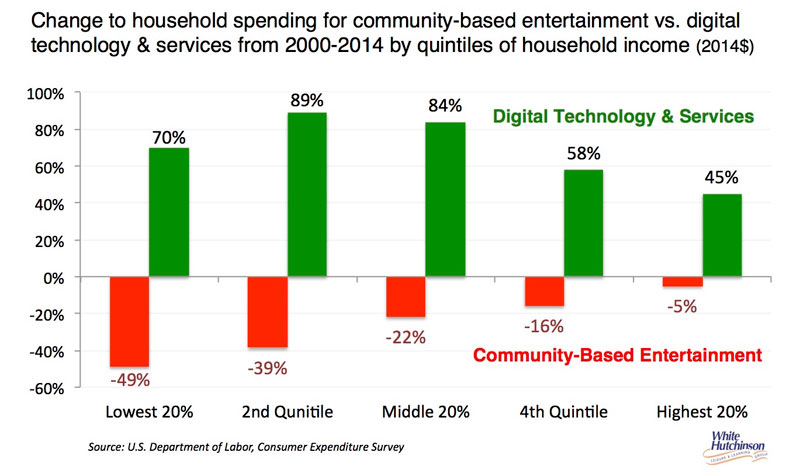 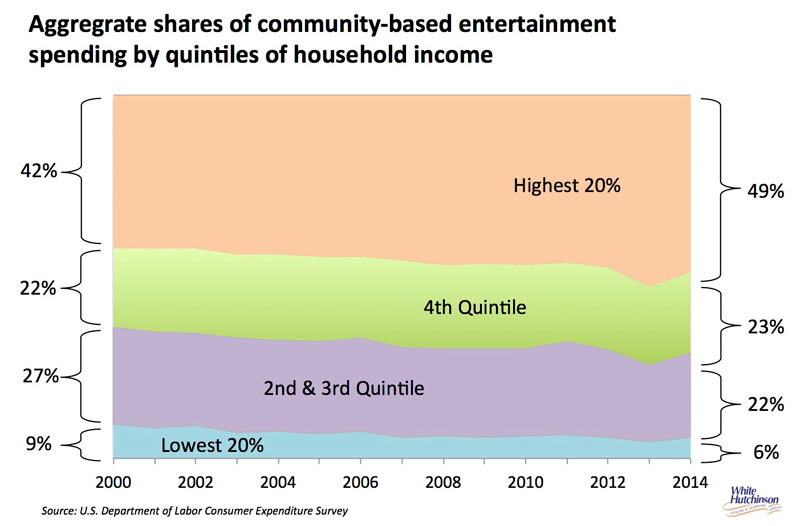 We know that people with lower educational attainment have a significantly greater amount of leisure time than people who are college educated. 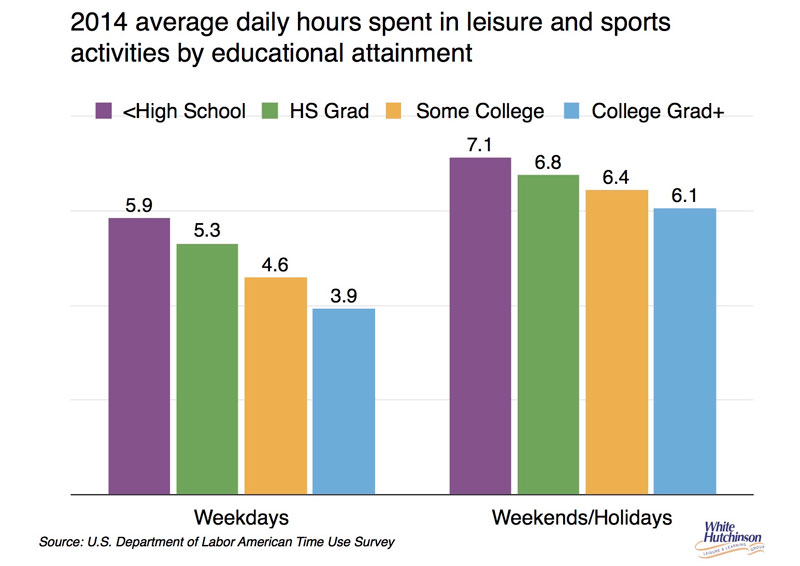 Since there is a direct relationship between education and income, this also means that lower income people have more leisure time than higher income ones. 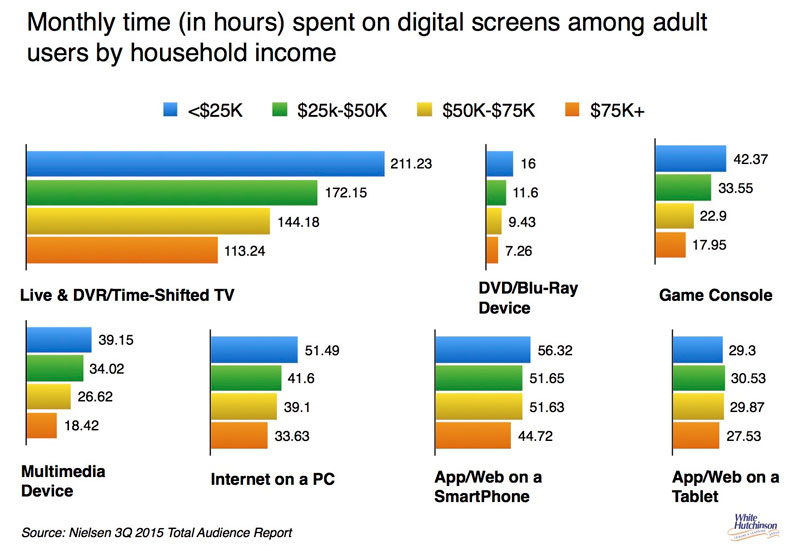 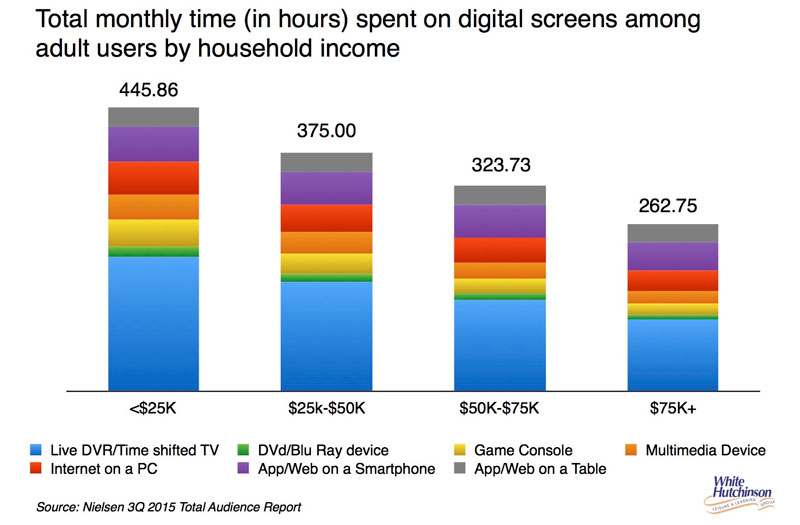 This confirms the entertainment and social communication spending data. Lower income/lower educated people are spending a far greater share of their leisure dollars and leisure time on every one of their screens options compared to higher income/higher educated people.

Yes, the digital screen has become a significant competitor to community-based entertainment for a large part of the population.

What this shift in leisure spending and time is all about is what is known as the challenge of the Fidelity Trade-off. Consumers make decisions on two key dimensions - Fidelity, the quality of the overall experience, and Convenience, the ease of access, convenience and price (staying home takes far less effort than leaving home). As at-home technology options improve in Convenience, it moves out-of-home options into what is know as the Fidelity Belly where there is no longer any consumer appeal. So in order to stay competitive, the quality of out-of-home CBE experiences has to improve in Fidelity, as unfortunately many CBEs have not.

So next time you want to map out the entertainment competition landscape in your market, don't just look for all the other out-of-home leisure options. Look into the living and family rooms of all the homes in your market, as that is where the most serious competition, digital technologies, is playing itself out to take your business away.