More on declining vacations and trips

Our last Leisure eNewsletter included an article The no vacation trend continues. As a follow-up to that article, we've dug into the Bureau of Labor Statistics' Consumer Expenditure Interview Survey data to examine what it shows in terms of vacation trends (people going on vacation, taking trips at least 50 miles from home or taking overnight trips closer to home). What we found is not a pretty picture. Americans are traveling less than the did before the Great Recession. Here are some graphs to show what's happening. 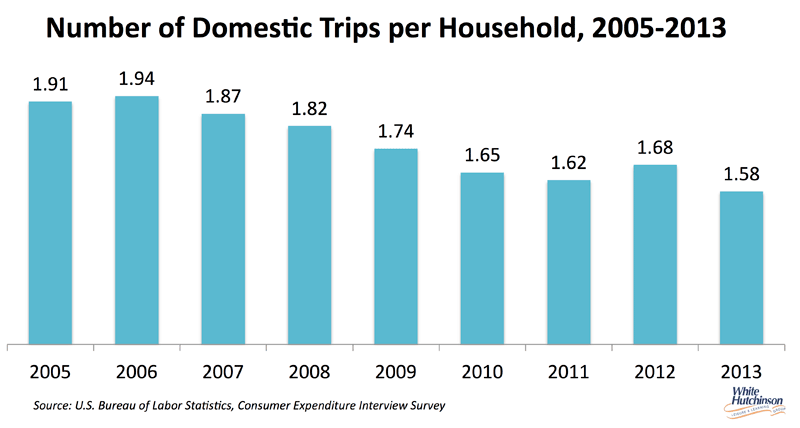 The average number of trips and vacations that American households make per year is down by almost one-fifth (19%) since its peak in 2006. 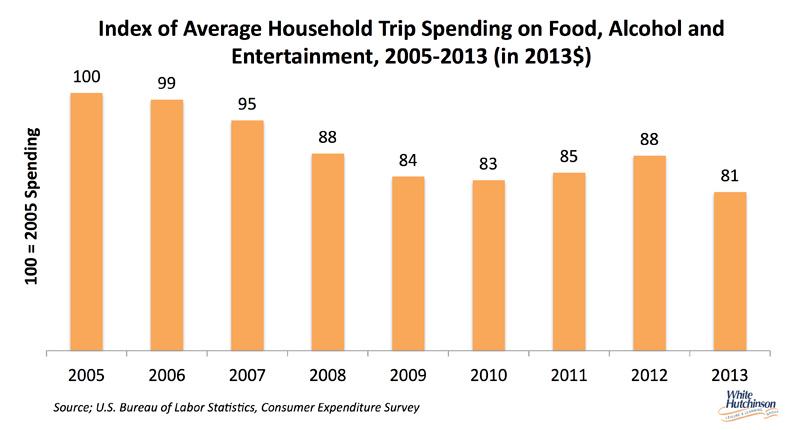 However, average household inflation-adjusted spending on food, alcoholic and non-alcoholic drinks and fees and admissions for entertainment during total trips taken each year is down by 1/5 (19%).

When we dug deeper into the data, I found that average spending decreased the most for the lowest 80% of income households. 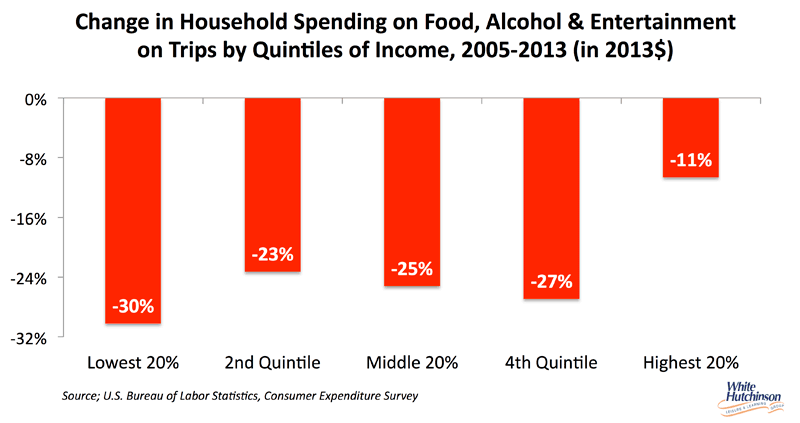