It appears that the manufacturers of crane machines have failed to understand the curiosity and tenacity of toddlers to find ways to get what they want. It is now becoming an almost monthly occurrence for a toddler to crawl into and get stuck inside a crane machine. Here’s just a small sampling of some of toddlers crane machine escapades from around a world.

March 2010 - Two-year-old Cohen Stone gets stuck in a crane where he was retrieving candy in Perth Australia. 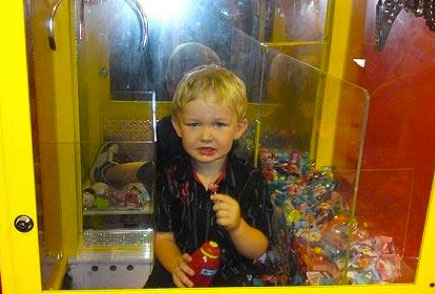 December 2010 - In McKees Rocks, Pennsylvania a two-year-old child crawled inside the vending chute of an oversized claw machine. Firefighters had to pry the cabinet open, returning the little girl to her worried mother.

February 2012 - In the Lexington, Kentucky, a two-year old girl climbed inside a crane machine. Firefighters used a saw to cut the machine's lock, enabling them to open the service door and rescue the child. See full story and video.

February 2012 - In Ballarat, Australia, a three-year-old boy was rescued by his mother after he spent 10 minutes inside a crane. 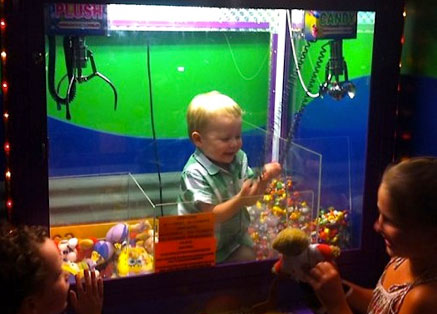