Androcentrism: the curse of male-bias

If you examine ownership and employment in the location-based entertainment (LBE) industry, you will find men are by far in the majority. Additionally, when you look at LBE's designers, suppliers and consultants, the same is true. They are all male-dominated businesses, as is the LBE industry as a whole.

Now take a look at the guests who visit LBEs. Yes, it probably breaks down to be equally male and female. But there is a big difference when it comes to who decides where and when to visit and whether to return. Sorry, guys, but the women rule. Our studies show that somewhere between 85% and 90% of decisions to visit LBEs are ultimately determined by women, and when it comes to the family, by moms. So the bottom line is real simple: women determine the attendance, per capita expenditures and repeat visits to LBEs. In other words, they control the financial success of most LBEs (the exceptions being those targeted to men, such as competitive indoor go-kart arenas).

So what we have is a large disconnect. Men dominate the design and operations of LBEs that need to cater to women and moms to succeed. Why the disconnect? It's because men are from Mars, and women are from Venus; they represent two completely different cultures. So this disconnect is what we call the curse of androcentrism, a fancy word that means male-bias.

The curse is not that men and women are different, but that most male LBE owners, managers, designers, suppliers and consultants fail to consider their innate, mostly unconscious male-bias in the design and operation of LBEs. They just make decisions based on their instincts and perspectives, all driven by their male preconception of what guests want. They forget they are not the customers, or at least, not the customer who is making the decision on where the family goes.

We believe androcentrism and the failure of men in the LBE industry not only to be aware of it, but even more important, to study and understand the opposite gender culture, is one of the root causes of poor performance and failures in the industry. If you were going to develop an LBE in Thailand, you surely would be aware the culture there was different than your own. You would recognize it was important to understand those differences and take them into consideration when designing and managing your LBE. However, most men in their own cultures fail to comprehend they are developing and managing the LBE for a culture (in terms of who controls the vast majority of visit decisions) that is just as different from their own.

We continue to see the strong androcentric influence in LBE design and operations in many facilities we see throughout the world. Most are dominated by technology, hard surfaces and large and dark cavernous spaces. The facilities are loud and have attractions based on competition - all just the opposite of what women want. Most LBEs actually discriminate against women in their mix and design, which is not exactly a smart move if you want to attract the guest who controls the purse strings.

There's a lot more to pleasing women guests than most men can even imagine. Not only do women think and act differently than men, they actually sense the world in different ways. It's a lot more than just what's going on inside women's brains. Leonard Sax, a physician, psychologist and author of Why Gender Matters, says, "If you have a man and woman looking at the same landscape, they see totally different things. Women can see colors and textures that men cannot see. They hear things men cannot hear, and they smell things men cannot smell." These sensory differences are biologically hard-wired in their bodies and brains.

So if men are so severely guest-challenged when it comes to attracting the family's decision-maker to spend the family's money at an LBE, what do we do? It's not easy. Our company takes a multi-fold approach. First, our staff is dominated by women, both in management and as designers. With the vast majority women, and women from both the Baby Boomer and Generation Y generations, it helps to neutralize the inherent bias of our male staffers. Secondly, we continually spend a lot of time and money researching the female culture, both with focus groups and review of numerous gender research studies. Thirdly, we spend time in post-occupancy studies of LBEs we have designed, learning what worked and what didn't work so well. Just because you're a women doesn't mean you can always translate your culture into design. Womanhood has multiple variations of its culture, and you have to be able to decipher and articulate the differences in order to translate them into design and operations. That's what all the research helps us do.

What have we learned from our research? It's quite surprising. For example, we have learned that conventional wisdom about design standards for women's restrooms fails to meet women's and moms' needs -- not only in LBEs, but also in all consumer destinations. You would think that after so many years of designing hundreds of thousands of restrooms, the design profession would have gotten it right by now. However, the design industry seems so male-dominated that the design the first few men came up with for women's restroom just gets copied over and over again, without having ever examined it from a woman's perspective. That's just the beginning. The disconnect between what really works for women and moms, and what the LBE industry offers them, is a wide chasm. That's probably why the LBEs we have designed for clients look so different than the industry standard. 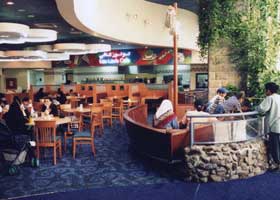 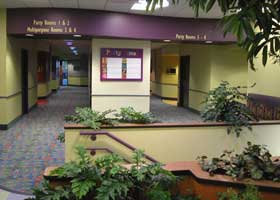 Projects by White Hutchinson Leisure & Learning Group are designed to appeal to
women who make the vast majority of decisions of where the family visits.

To be successful in the LBE industry, the industry's men from Mars need to learn to design for the culture on Venus, not their own.