Entertainment and leisure destinations are undergoing a slow but steady change from almost pure entertainment and amusement a few decades ago to more and more edutainment - entertainment that also includes an educational or learning component. This change is being driven by a major shift in the economies and societal values of Western, Eastern European and many Asian cultures as more and more people

For example, in the U.S., the percentage of workers in manufacturing jobs has decreased to 13.5% in 2000, while the number employed in managerial and professional jobs has climbed to 30%. In 2004, 60% of U.S. workers had white-collar jobs, compared with only 24% in blue-collar jobs and 16% in service and farm jobs. The number of college graduates (associate or higher degree) in 2004 had more than quadrupled since 1960 to 31% of the population 25 years and older. 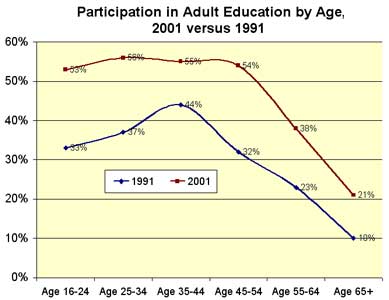 In the manufacturing society of years past, work represented self-improvement and leisure was intended as pure relaxation, with no particular practical purpose. Today, we have an entirely new attitude about leisure. We see it as an opportunity to:

We now value the productive use of our leisure time. If you have any doubts, just take a look at your local cable channel listings. Edutainment shows are becoming mainstream with channels such as:

There are many types of edutainment location-based venues, from aquariums to butterfly conservatories to I-Max movie theatres. One entirely new edutainment venue category that has emerged in the last decade is children's edutainment centers. These facilities are targeted to younger children and are predominately based on pretend play and other types of children's open-ended play.

Children's edutainment on steroids
A regional form of CEdC first appeared in Mexico City, Mexico, with the opening of Kids City (La Ciudad de los Niños) in 1999, a 68,000-square-feet role-play facility for children 4 to 12 years old. You might think of it as a children's edutainment center on steroids. The concept has now more than doubled in size with the recent opening of the 150,000-square-foot Wannado City in Ft. Lauderdale, Florida. 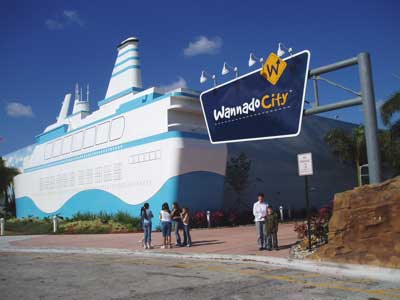 Stay-at-home moms' café
We have recently developed a new type CEdC that is much smaller in size that we are calling a stay-at-home moms' café. We have been able to reduce the size by keeping the center closed to the general public on weekends, using it only for reserved birthday parties. During the week, the center targets stay-at-home moms with their preschool children. When you put in everything you need to offer moms a great experience with a great menu of café food in a pleasant seating area and a good variety of quality play areas for their children, the center works out to be around 9,000 to 10,000 square feet. We have designed the model to balance the play capacity with the number of birthday parties that can take place simultaneously on weekends. We estimate the total development cost will run about $1.5 million in a leased space.

The stay-at-home moms' café won't work in all markets. It is highly dependent on a strong market of stay-at-home moms, who are found in the highest concentrations in upper-middle and higher income white-collar communities. To have a large enough market usually requires the facility to be located in a well-developed suburban area of a larger sized city.