The creative destruction of location-based entertainment 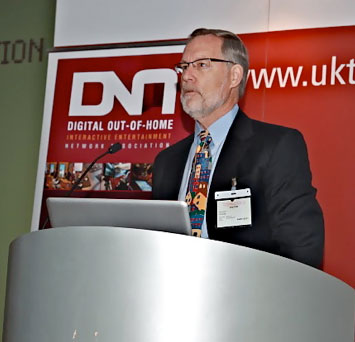 The first Digital Out-of-Home Interactive Entertainment Conference was held in London, UK on July 14, 2011. Randy White, our CEO, gave the keynote speech at the conference. This article covers material included in Randy's conference presentation, The Creative Destruction of Location. A version of this article was first published on Blooloop.com and a later version in the White Hutchinson Leisure & Learning Group Leisure eNewsletter.

Creative destruction occurs when something new displaces something older, typically brought about by a disruptive new technology. Location-based, or what we will also call venue-based entertainment, has been through a number of creative destructions, with perhaps the most dramatic and threatening one currently underway. This article looks at the evolution of both the entertainment market and consumer and discusses what entertainment venues can do to compete and survive.

The earliest entertainment
In the earliest days of humans there was no such thing as location-based entertainment. Early humans would gather around the campfire to socialize and share food 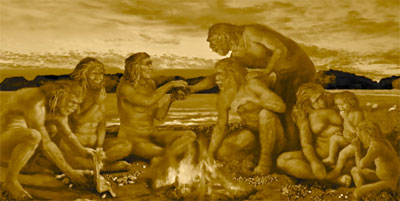 with storytelling or dancing being their entertainment. Eventually tribes came together at some location for tribal gatherings, again enjoying food together, telling stories, dancing and probably also enjoying some sport-type games. Location-based entertainment was born, even if it only took place on a temporary basis.

It wasn't until much later in human history that permanent location-based venues developed. The Greeks had theater and the Romans their coliseums. Permanent out-of-home entertainment venues continued to evolve with the pleasure gardens in Medieval Europe, trolley parks (early versions of amusement parks) in the late 1800s, the first modern amusement park in 1894, Disneyworld - the first theme park - in 1955 and the many other theme parks and venue-based entertainment concepts that followed.

Meanwhile, at-home entertainment for the masses remained limited to things like board games, the earliest known being Egyptian senet, c. 3500 BC, and perhaps some family member playing a musical instrument or singing. 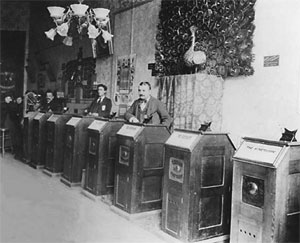 Entertainment – a zero sum game
Now we have three competing types of entertainment—at-home, venue-based and mobile—competing for the zero sum game of our average of five hours of leisure time a day, the amount of which has not varied by more than few minutes over the past three decades.

Our company's research shows that the digital world is causing the creative destruction of venue-based entertainment and leisure. Between 2003 and 2010, the amount of time Americans spent playing video games and using the computer for leisure increased 28% and time in front of the television increased 9%. The time spent playing computer and video games increased 39%. December 2010 data in the UK shows that 45% of a Brit's awake time is now spent with media and e-communications. Since it’s a zero sum game, time for other leisure activities, including visiting entertainment and leisure venues, has decreased 39%. This is supported by 2010 data on North American cinema attendance, down 22% since 2002 on a per capita basis and data on the percentage of American's visiting art venues and museums, movie theaters, sporting events and historic sites and parks, all down with the decline starting back in the late 1990's.

Consumer spending
Consumer expenditure data also supports the creative destruction of location-based entertainment. Average household expenditures (inflation adjusted) on electronic equipment and services (includes video games) were up 26% in 2009 compared to 2000, whereas venue-based entertainment expenditures were down 2%. When we look at venue-based entertainment expenditures in greater detail, it was down dramatically for all but those households with the top 20% of incomes, with the decrease in spending being inverse to incomes. Yet, all income groups saw more than a doubling of spending (+111%) on video game hardware and software over the same nine years, ranging from 91% for the quintile of highest income households to 214% for the 20% of households with the lowest incomes.

Throughout the past decade, a larger proportion of all out-of-home entertainment spending has been shifting to higher income households. The trend started many years before the Great Recession. In 2009 the top 40% of households by income accounted for 71% of such spending, up from 64% in 2000. This is a phenomenon known as the social stratification of out-of-home entertainment. 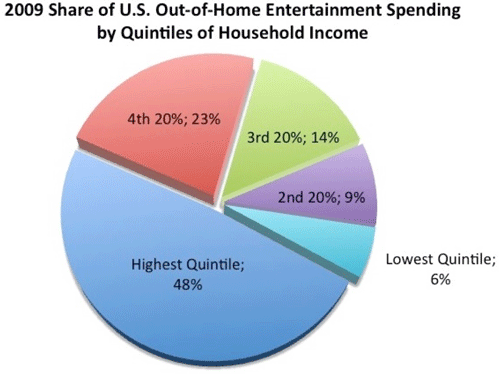 Socialization is the culprit 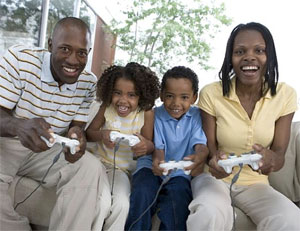 Both at-home and mobile video games and social media are the primary cause of the creeping creative destruction of venue-based entertainment. It's socialization that is really the culprit. 80% of video game players are socializers; they play for the social aspects of video games rather than for the game itself. 10% are achievers and 9% explorers. You have to be part of a social community to brag about your achievements and share you discoveries. And of course, social media is all about socialization. Research shows that the brain reacts as positively to forms of digital communication and socialization as it does to in person communication. Video games activate all the neurological and psychological systems that bring us pleasure and happiness. Video games are mood enhancing. They cause the release of dopamine, increasing their appeal and addictiveness. We humans are hedonistic creatures that pursue what brings us the most happiness and pleasure. Virtuality can actually be better and more appealing than reality itself. 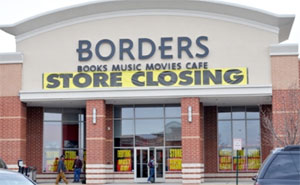 It is interesting as a side note that not only is the digital world causing the creative destructive of venue-based entertainment, it is doing the same to bricks-and-mortar commercial office space and retail stores. In the 1970s, we used around 600 square feet of office space per person. Today it is down to 200 square feet. Jones Lang LaSalle predicts it will be down to 50 square feet in 2015. You no longer need a physical office to conduct business, just a device that can connect to the Internet, whether at-home, on the move or in a coffee shop. Internet retail now accounts for 8% of retail sales. It is projected to grow to 15% in 2015. We have already seen the demise of most stores that sell music CDs, Videotapes, DVDs and books, as their Internet delivered digital equivalents have replaced them.

The Fidelity Belly
As Kevin Maney explains in his book Trade Off, almost every decision consumers make involves a trade-off between fidelity and convenience. Offerings that are at one extreme or the other – either high in fidelity or high in convenience – tend to be successful. To really win, an offering needs to be multiple times better than what you’re aiming to replace, which means many times higher fidelity or many times more convenient. The things that fall into the middle with moderate fidelity or convenience fail to win an enthusiastic audience; this is what Maney calls the fidelity belly. Music fans don't buy CDs as CDs fell into the fidelity belly between high fidelity rock concerts with high-ticket prices and low fidelity, inexpensive convenient MP3 music.

Digital technology is pushing the boundaries of fidelity and convenience, continually raising the bar at each end—high fidelity venue-based entertainment such as Cirque du Soleil and Orlando theme park experiences like the Wizarding World of Harry Potter at Universal Studios and the convenience of the digital world both at-home and on mobile devices. As a result many entertainment venues are losing their appeal and becoming casualties of the fidelity belly. 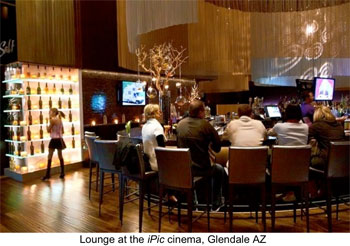 One good example of enhancing fidelity at an entertainment venue is the direction we see many movie theaters taking. Not only are they using digital technology to enhance movie viewing with digital projection, 3D and even 4D offerings, but they are also increasing the social aspect of visiting the movies and in turn, how happy customers feel when they leave. They are installing restaurants, bars and lounges. Some are even adding bowling to add a physical element to the visit experience. Many now offer on-line reservations where you can even reserve your seats.

The Internet, social media and the digital world are evolving at an ever-increasing speed, becoming even more attractive, convenient and addictive. There can be no doubt that creative destruction by the digital and virtual worlds is eroding market share for a large variety of entertainment and leisure venues, especially those that are not high fidelity. Extinction will probably come to some. The entertainment venues that survive will be those that understand how both the customer AND the playing field are evolving, and can adapt accordingly to stay competitive and prosper in the digital age.