What are the implications of the low birth rate for entertainment centers?

In our previous issue we had an article Record low births in 2018. That year the fewest number of babies were born in the last 32 years, since in 1986. It's a continuation of a long-term decline in births that started at the beginning of the Great Recession in 2008 and hasn't stopped, despite the economic recovery. In 2018, there were 527,000 fewer children born than in 2007.

If the 2007 birth rate had continued, we would have 5.8 million more children today. 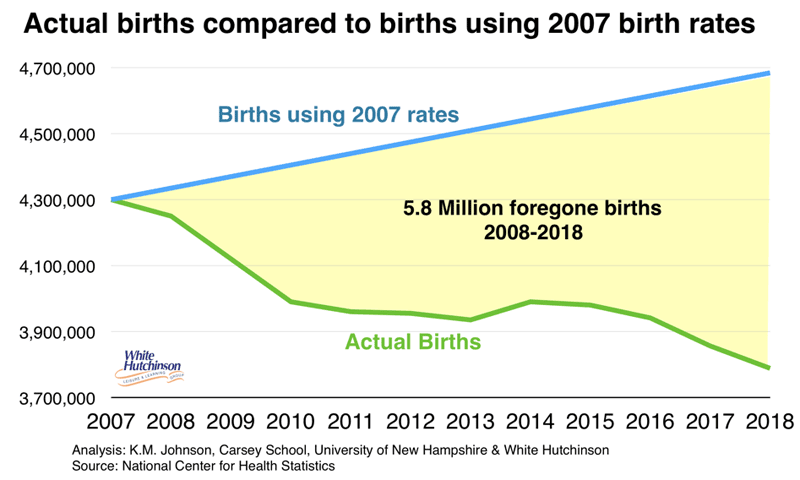 The decline in births is working its way thru the total population of children. This graph has the actual decline for ages 0-5 thru 2017 and our projection if the birth rate continues to decline at its current rate. 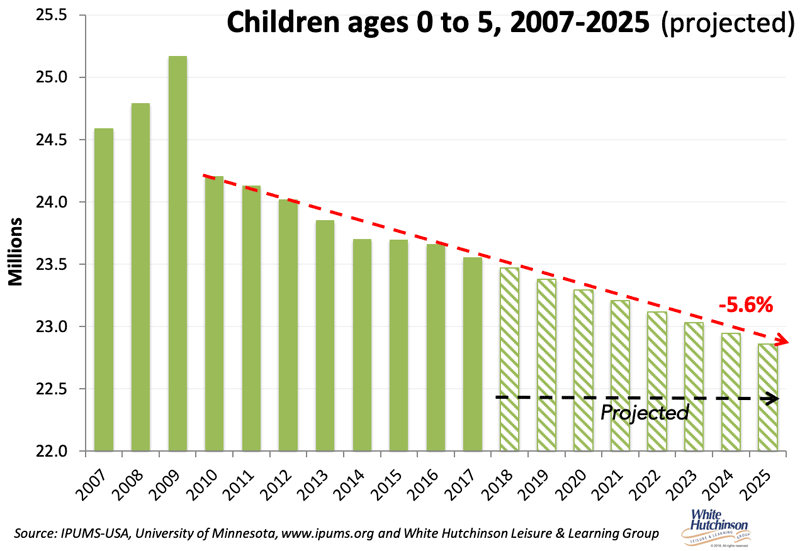 Fewer children sounds rather ominous for any located-based entertainment or leisure venue that targets children, families with children and/or offers children's birthday parties. But often, macro trends don't tell the full story. So, we dug into the data to see if it reveals anything not apparent at the macro level. 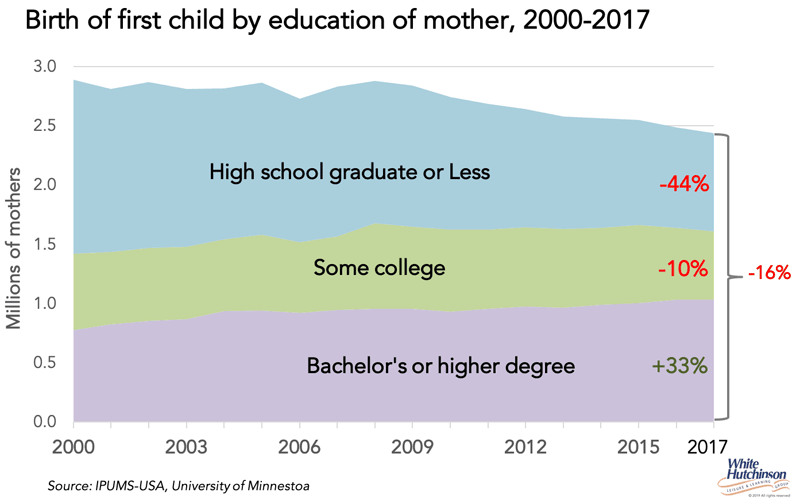 This trend correlates with the growing percentage of the population who have college degrees, now over one-third (35%).

This led us to examine mothers' ages and education levels when they gave birth. 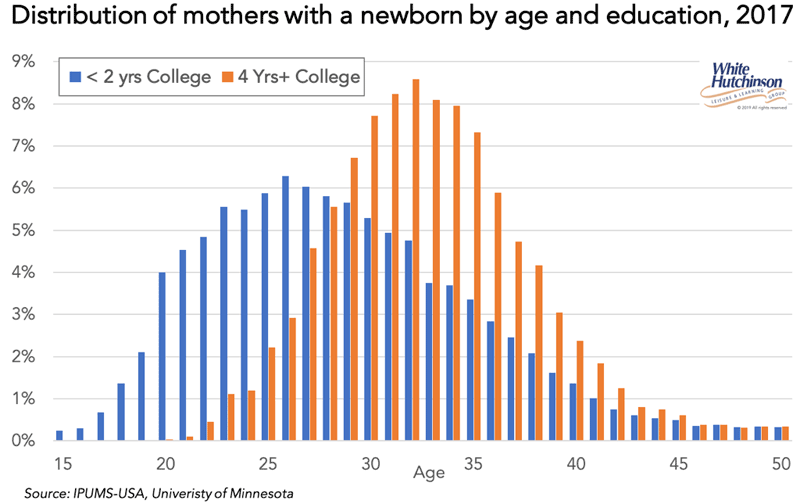 What the two above graphs and their data clearly show is what we might call the gentrification of births. A greater share and actual number of babies are being born to college graduate mothers and the mothers on average are older when they give birth than mothers without a college degree. There is a general direct correlation between income and educational attainment as well as with the age of mothers. The more educated and the older they are when giving birth, the higher their incomes. As a result, more and more children belong to upper-middle- and higher-income families with fewer and fewer in middle income families.

We are losing the families with less than a bachelor's degree, who make up the majority of the middle class, to out-of-home entertainment venues. The below graphs show the change in household spending for fees and admissions at entertainment and art venues, where most birthday parties take place. Households with less than a bachelor's degree have declined significantly in spending, both on an average household basis as well as a share of all spending. Bachelor's+ households have grown from about one-half of all fee and admission spending at the turn of the century (47%) to almost a three-quarters' market share (72%). 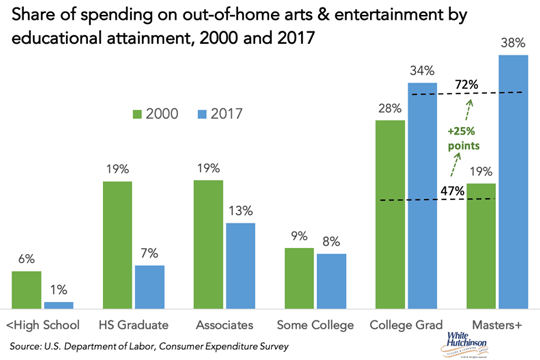 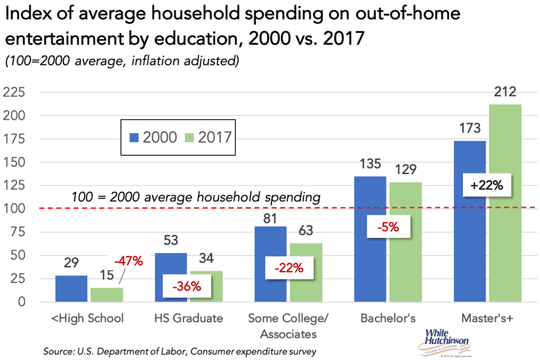 We've asked Frank Price, who we consider the world's expert on children's birthday parties and who runs Birthday University, to give us his take on the above trends plus other trends he is seeing that will impact the children's birthday party business in the future. So, Frank wrote the article, When More is Not “More” that follows.