Education levels have a correlation to incomes, and as a result also to spending for entertainment fees and admissions at community entertainment venues. In fact, households with an adult with a bachelor's or higher degree account for 70% of all such spending.

Adults age 21-45, which includes older Gen Zs, Millennials and younger Gen-Xs, are approximately the age range that account for the majority of attendance at community-leisure venues (CLVs) such as social eatertainment venues and family entertainment centers (FECs). So, we analyzed how education levels for this segment of the population have changed since the turn of the century. 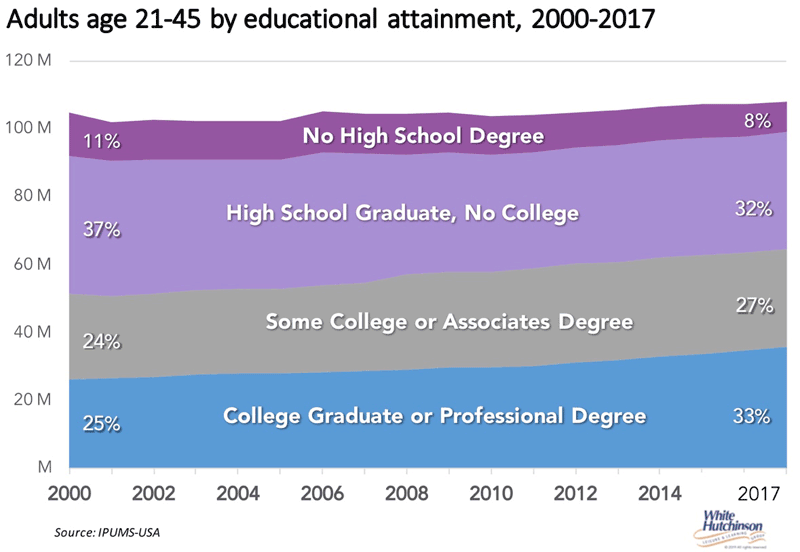 Adults ages 21-45 with a bachelor's or professional degrees have increased from one-quarter of those age adults in 2000 to one-third in 2017. Their number has increased by more than one-third (37%) since 2000, while the number adults without a high school degree has decreased in number by 30% and those with only high school or GED degrees have decreased by 15%.

Millennials (here defined as age 25-37 in 2018) are far better educated than earlier generations during equivalent dates for their generations. 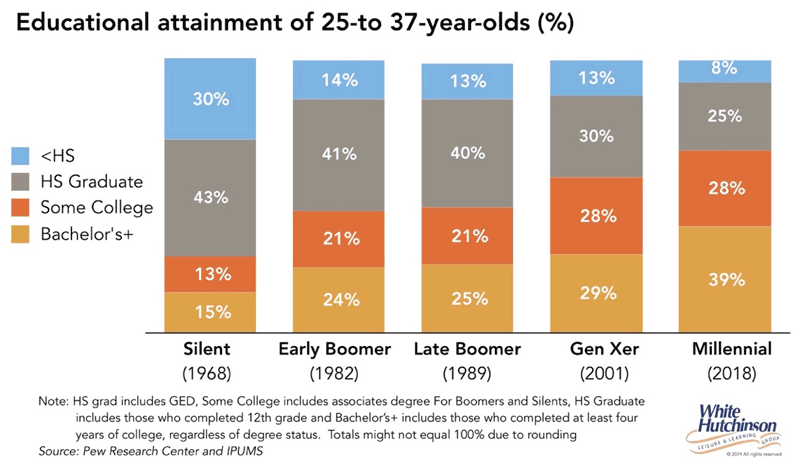 In 2018, 39% of Millennials had a bachelor's or higher degree compared with only 29% in the next oldest generation, Gen X.

Women's rate of college graduation is now far surpassing that of men by one-fifth, 43% have a bachelor's or higher degree compared to 36% for men. Millennial women are now graduating at a rate almost four times greater than for the Silent Generation (11% vs 43% now) whereas men have not quite doubled their graduation rate (19% to 36%). 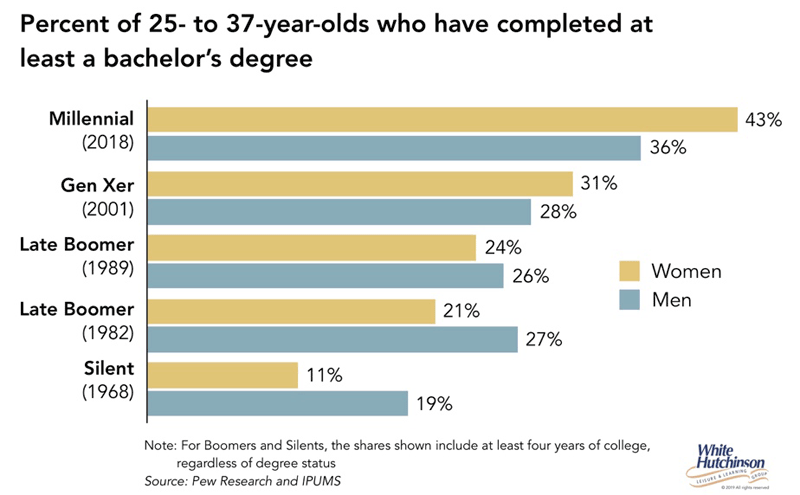 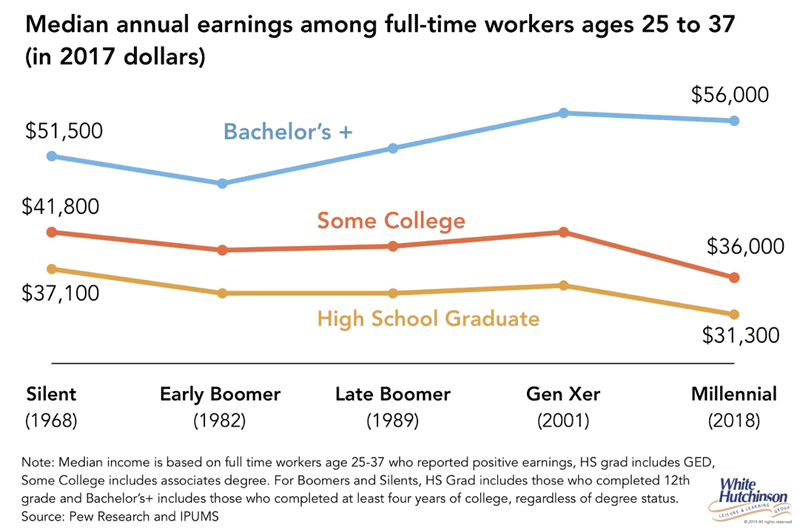 College graduate adults are increasing both in number and as a percentage of all adults. They account for the vast majority of all spending for entertainment fees and admissions. They are the prime target market for CLVs. These adults generally have more sophisticated tastes and skew much higher as conscientious consumers with social and environmental values. They have far higher expectations for food and beverage quality and appeal, design and corporate social responsibility. To capture this market requires higher quality venues that offer higher quality experiences than in the past when the middle class was the primary market for FECs and similar venues.