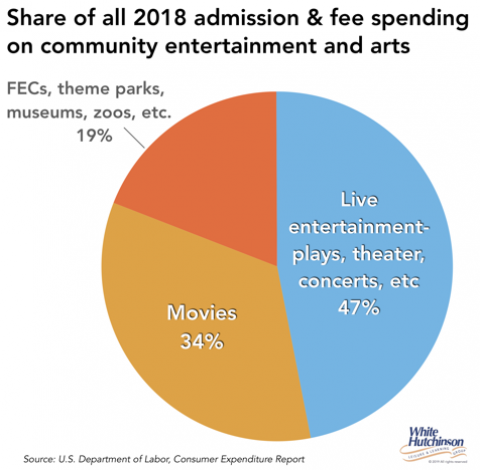 Overall, admission and fee spending break down as:

Live entertainment captures almost one-half of all OOH entertainment spending. This is attributable to live entertainment being a one- or limited-time event. It is typically more expensive, but people are willing to pay a higher price for it due to its higher fidelity than other types of entertainment and its uniqueness. 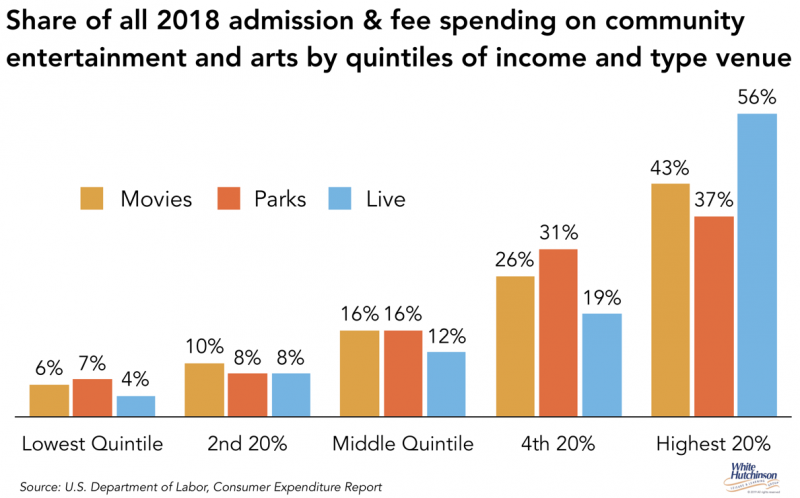 A second data source from a National Endowment for the Arts national survey on participation in different types of OOH entertainment and arts shows that there is a correlation for movie attendance not only between socioeconomics and spending, but also with participation, in this case socioeconomics as measured by education. 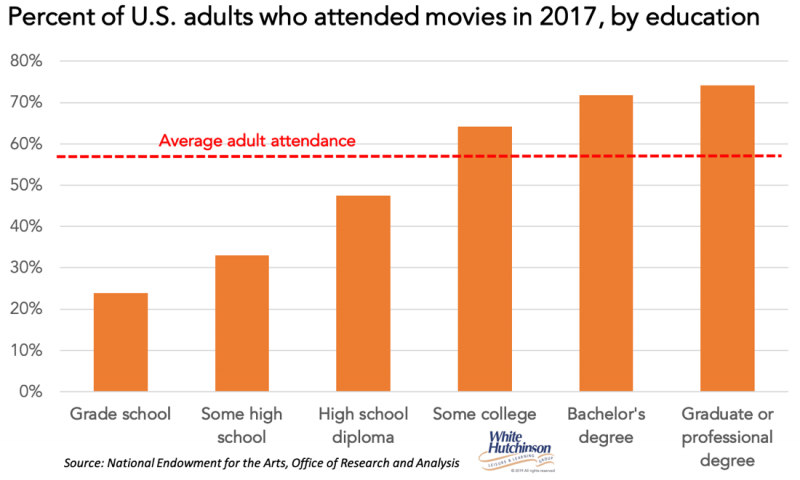 What this means is that the higher income, higher educated consumer is the market to target for out-of-home entertainment and arts. To attract this market requires high quality experiences that not only include the entertainment, but also high-quality ambiance, hospitality service, and food and drink that meets their preferences and expectations.

* Community fees and admissions consists of spending at entertainment and art venues within 50 miles of home and not on an overnight visit.